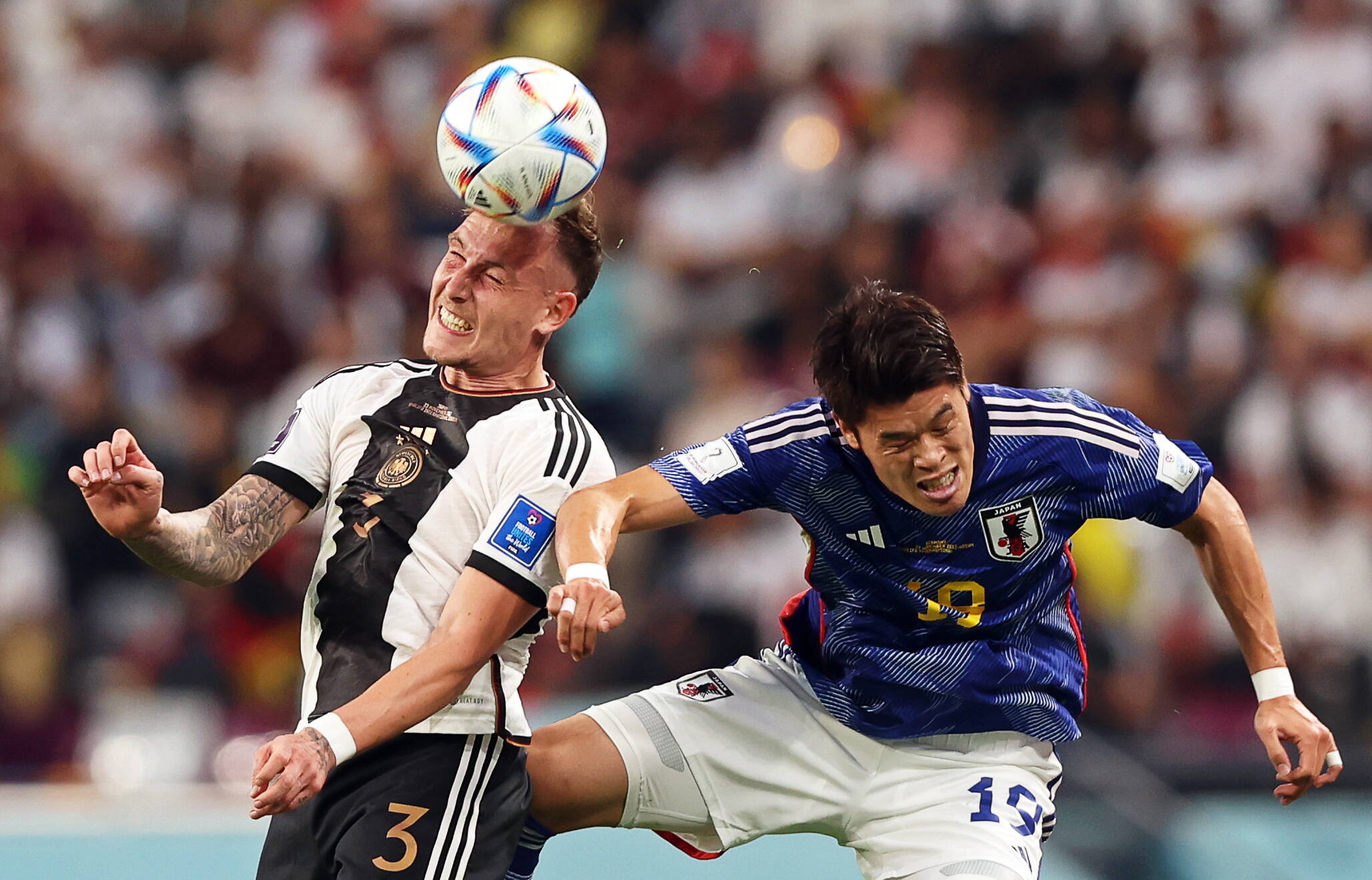 Germany, eliminated again in the first round; Spain, returned amidst thousands of criticisms for its platonic football; France, who wanted to break the wardrobe because of the dance that Argentina was giving her; England, with its eternal can be and is not; Portugal, eliminated by Morocco; a terrifying Belgium; Denmark, better not to mention… And the others in decreasing order… The World Cup was an indisputable failure for the powerful Europe, as well as a South American revival and the awakening of Africa and Asia.

Beyond the world title obtained by Argentinian, solid and flowery champion at times, there remains a moral of Qatar 2022: Don’t be afraid of the Europeans. In terms of selections, we are no less. And one of the best examples was that of Ecuador: he rounded off his best performance against the only European he faced. Without having a bold coach, he squeezed the Netherlands and deserved more than that tie that ended up hurting him in the round of 16. Another sample: Morocco dominated, cornered France all the time (62 percent possession) and lost a little for innocence and a little for the French lethality on the counterattack. There were no differences in the game. More than that: being 0-0, the Mexican judge César Ramos ignored a clear penalty in favor of the Africans.

We were going to the World Cup afraid of the Europeans. Later it was seen that there were no reasons. The talent that noticed was Scaloni. «They are not cuckoos, you have to attack them,» he thought. And he was champion. Of the 9 clashes that took place between South Americans and Europeans there were 4 victories for South America, 4 draws and one defeat, that of Uruguay against Portugal 2-0. Diego Alonso’s Celeste was very timorous. Argentina beat Poland 2-0 (which did not cross half of the field), Croatia 3-0 with brilliance and drew 2-2 with the Netherlands and 3-3 with France, having clearly been superior to both in the process. Brazil defeated Serbia 2-0 and Switzerland 1-0 and divided waters with Croatia: 1-1.

Except for the Uruguayan defeat against Portugal, in the remaining eight games the South American teams showed better attributes. Failure is more than losing, it is playing badly, not being competitive, not meeting expectations. All that was Europe in the still fresh World Cup in Qatar. The best proof is that no team received praise when they returned to their country, but many sticks. And there were 13 European representations, not a few. The only one that gets away from failing is Croatia, more than anything for being a correct, applied, fighting formation, but let’s remember that they reached the clash for third place having won only one game: against Canada 4-1. The rest, four draws.

France was a finalist, but…

Let’s start with France. With Deschamps he made practicality a way of life, a fat business: risking very little he was world champion and runner-up in Russia and Qatar. We do not remember a time or even 30 exciting minutes of the French team, or at least that it had an impact. He was impressive when he found the rival’s facilities. He struggled in the first half against Poland, clearly less than England and dominated by Morocco. Not to mention the first 80 minutes with Argentina, almost ridiculed. When Mbappé found spaces to display his enormous power, France was restless. Other than that, an ordinary team. No coach will draw useful conclusions watching France. With pragmatism he made fortunes, now well: the day he has to lose, the pragmatist cannot speak, he must go home in silence. A test of his performance is encompassed in one question: outside of Mbappé, what other French name shone? Deschamps himself declared: “We were not up to it. I am not going to attribute the problem to one player more than another. But in the starting lineup there were five players who, for different reasons, were not at the level for a final like this and against such an opponent”.

What happened in Germany was so poor that the country’s media called for a radical change in the management of football, from the president of the Federation downwards. And, above all, the working methods. «Something is going wrong,» they opined. Sports director Oliver Bierhoff was forced to resign. Spain has a named league, but does not have important players. There was talk of the «team of a thousand passes», due to its lateralized football and without depth, the reality is that elements that are not there to unbalance act, such as Ferrán Torres, Sarabia, Olmo, Asensio, Llorente, Koke, Morata and a dozen more … They barely won a game, against Costa Rica.

Holland, as always, enjoys a good press, which is not enough to justify. He did not shine despite the fact that he had accessible rivals. When he had to face a strong opponent —Argentina— he was left on the road. And for 70 minutes he was outclassed. Van Gaal withdrew from the technical direction and nobody asked him to continue.
Portugal was a good football expression, but the Cristiano Ronaldo case did a lot of damage. The scorer was no longer there to stand out, not even to be a starter, and he covered two promising youngsters like Rafael Leão and Gonçalo Ramos, but he had to be put there. This created a bad atmosphere in the locker room, as demonstrated by the attitudes and statements of Bruno Fernandes and Bernardo Silva. Later, the decision of DT Fernando Santos to put Cristiano on the bench ended up blowing up the coexistence. They lost to South Korea and Morocco.

(In addition, Jhon Jader Durán, the benchmark of a sub-20 that is going for the South American title)

Belgium was perhaps the worst performer. They prevailed in a single clash, against Canada, a game that they must lose by at least three or four goals. He scored only once, in a very lucky counter. De Bruyne’s self-criticism says it all: «We haven’t played at our best level for a long time.» In the same appreciation comes Denmark, which came to Qatar as the possible candidate to win the Cup outside of the well-known Brazil, France, England or Argentina. Denmark, like Germany and others, was too preoccupied with displaying the rainbow flag.

Poland was a very poor defensive expression that Lewandowski couldn’t improve on. There was no how. Switzerland had not disappointed at all in the group stage, not least by pulling off an excellent 3-2 win over Serbia, but then fell apart after losing 6-1 to Portugal on the day Cristiano Ronaldo came on as a substitute. Serbia and Wales do not stand up to major scrutiny, managing just one draw each. I do not leave anything.

The only exception is England, who always try to play forwards, scored 13 goals and showed some of the best figures, like Harry Kane and Jude Bellingham. He also provided two very nice wins: 6-2 against Iran and 3-0 against Senegal. The kind of presentations that add excitement and sparkle to a World Cup. Likewise, he drags a fate: that of always being indicated as a candidate and not being able to correspond to such a label.

Due to the number of participants and for being the one with the greatest number of crowns, Europe was, football-wise, the most disappointing of the continents. At the club level they are in another galaxy, but in national teams it is another story. No great teams were shown and with few exceptions, players or coaches.

Jorge Barraza
FOR THE TIME
@JorgeBarrazaOK

– Colombian cycling: the thorny road that has him against the wall

– The Colombian journey begins at the Australian Open