Why did the ACPM rise despite the Government’s promise not to do so? – Sectors – Economy 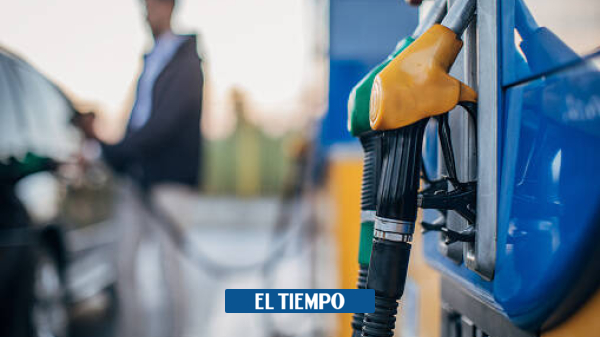 Despite the fact that the National Government promised on October 5 not to increase the price of ACPM until June 2023 in order not to affect transportation costs and high inflation in the country, since January 1 a increase that has quite annoying transporters.

Even on December 22, the Minister of Finance, José Antonio Ocampo, reiterated that the cost was not going to rise due to the start of the new year. «The president (Gustavo Petro) announced that during the first semester there will be no increase in the price of ACPM. The increase that there will be is, as has been done in the last three months, in gasoline, that is the decision, ”he said.

(Also read: Cargo carriers reject an increase in the ACPM and not having a discount in Soat)

However, on December 30, as announced by the Ministry of Finance, the price of diesel increased, on average, 57 pesos per gallon and it was located at 9,065 pesos -taking into account the 13 main cities of Colombia- after being for five months without any variation.

«Unquestionably, the increase in the price of diesel and the non-possibility of having
accessed by the union to any type of discount in the acquisition of the
Soat, It is a strong blow to the structure of operating costs of the fleet and
Of course, this is directly detrimental to the economic interests of all
Colombians, since it is the consumers who will see their income affected,» said the Federation of Cargo Transport Entrepreneurs (Fedetranscarga).

Meanwhile, the executive president of Colfecar, Nidia Hernández, stated that: «We had the president’s promise that the price would not be increased until the middle of this year. It must be taken into account that the freight that is being paid in the market have had increases above 30 percent, on average. This month we will have the increase in the minimum wage and tolls«.

Faced with these questions, the Ministry of Transportation ruled and assured that the price that applies as of January 1 for diesel «nor constitutes a modification of the tariff structure of this fuelnor the removal of any subsidy, nor a change in the methodology for calculating the price».

(Also read: Gradual increases in the price of gasoline could go until 2024)

In addition, he said that the change in the cost per gallon of diesel «is exclusively due to the application of the annual update of some parameters in the price structure due to the effect of inflation in 2022.»

Specifically, it is explained by legal regulation and regular updates on January 1 of each year that respond to current laws. Therefore, the cost must be updated to incorporate the increase in the ACPM surcharge and transport and marking fees.

In some cities such as Cali, Pasto and Cúcuta the price increase was 65 pesos per gallon. Of this total, 38 pesos correspond to the surcharge, 27 pesos to the transport rate and 0.3 pesos to the marking rate.

Unemployment: tips to face the fear of losing your job – Personal Finance – Economy