What is the weather like on Mars? Spain presents the most complete part to date 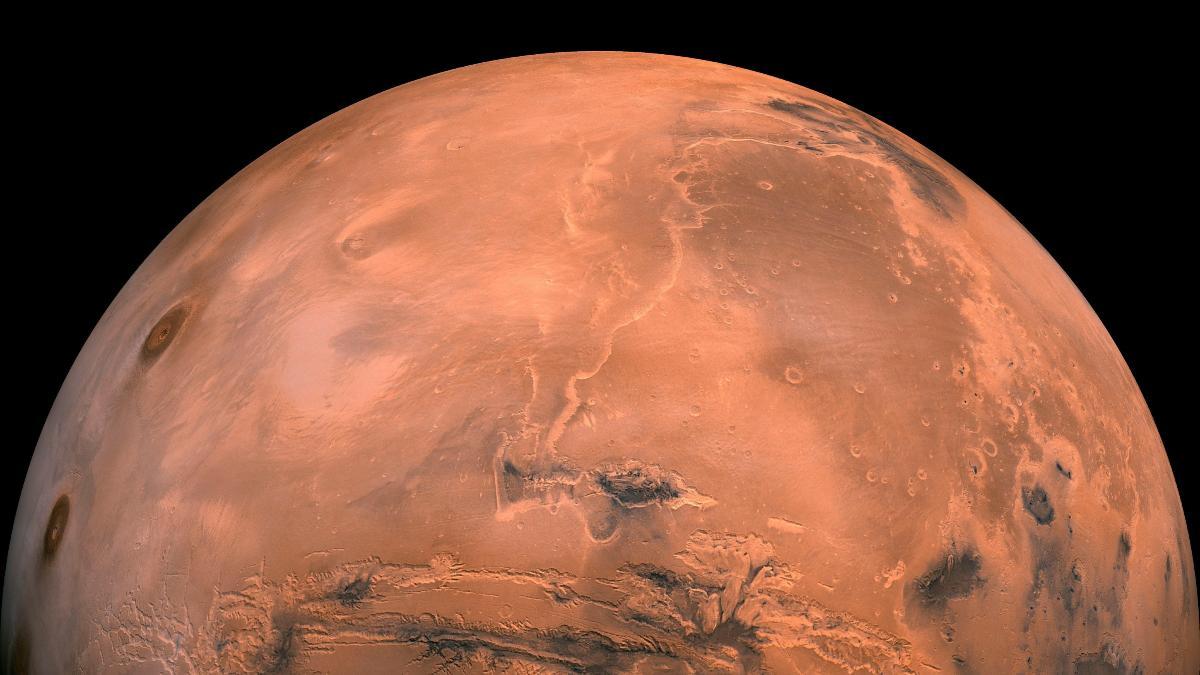 If you traveled to Mars tomorrow, what wouldwhat clothes would you take in the suitcase? A jacket in case it gets cold or a swimsuit to withstand the heat? About two Earth years ago (or about 250 Martian days, depending on how you look at it), Spain deployed a small but powerful meteorological network on the red planet to monitor temperature, wind, humidity and Martian dust. This Monday, after a detailed analysis of these parts of space time, the team of Spanish scientists in charge of this project presents the most comprehensive photograph to date of Martian time. And pay attention because this information, when the time comes, could be very useful for a future vacation on Mars.

Let’s start with the essentials. The red planet is a very hostile world. Is he second closest planet to Earth but, despite that, their conditions are much more extreme the ones we have here. In the northern hemisphere of Mars, where ‘space weathermen’ have collected more than 8,000 hours of data and more than 1,700 images of the Martian sky, the temperature is freezing. «You have to take a good coat,» jokes the Spanish researcher Jose Antonio Rodriguez Manfrediengineer at the Center for Astrobiology (INTA-CSIC), creator of the MEDA meteorological instrument and one of the authors of this latest X-ray of Martian weather.

«Right now, in the middle of spring, the maximums are -10 degrees and the minimums are -70 degrees. In the warmest moments of the year we have observed maximums of -5 degrees and in the coldest thermometers have dropped to almost -100«, explains the expert in an interview with EL PERIÓDICO. In other latitudes of the planet, such as the equator, the Spanish meteorological network has detected temperatures ranging from from eight degrees to eighty below zero.

«Right now, in the middle of spring, the maximum is -10 degrees and the minimum is -70 degrees»

These drastic temperature changes they are due, in large part, to the thin Martian atmosphere which, due to its composition, does not produce the ‘greenhouse effect’ necessary to stabilize the thermometers. Another factor that influences these extraterrestrial temperatures It is the same soil of the red planet. «There are areas where the soil reflects the drastic change in temperatures and others in which, on the other hand, the composition of the soil itself ‘dampens’ thermal inertia. In other words, if the temperature drops suddenly, the soil ‘retains’ part of the heat it had and resists cooling down as drastically as in other regions,» says Manfredi.

Another factor to take into account to prepare for a Martian vacation is the wind. On the red planet, in fact, gusts of wind can shoot fine dust particles at more than 150 kilometers per hour. «Under certain conditions, all this can give rise to dust eddies. We have even observed dust storms so large that they emerge all over the planet», highlights the scientist. «This phenomenon is the most difficult to predict but, in the future, it will be very important to understand how it works to guarantee the safety of astronauts traveling to marspreparing the exploration missions and even designing the habitats that will house the future inhabitants of the red planet”, he adds.

Future explorers of the red planet will not only have to put up with the cold, wind and dust of Mars. If they are lucky, they will also be able to observe unique weather phenomena. «On Mars, even though there is very little water vapor, clouds of ice crystals form. It is observed mainly during dawn. It is something tremendously curious and beautiful«, explains Manfredi. This Martian phenomenon is the equivalent of terrestrial cirrocumulus (or altocumulus): that type of formation in which an extensive layer of clouds divided into small patches can be observed (although, in the case of Mars, they have their own charm).

Another of the most spectacular postcards of Mars, captured for the first time by Perseverance, is the formation of solar halos: the optical phenomenon by which when we observe the sun we see a kind of colored ring that outlines the astro. This phenomenon could only be seen from Earth but now, thanks to the analysis of the Spanish team, it has been possible to trace it to the red planet. «Is one of the most surprising discoveries of these years on Mars,» says daniel toledoone of the researchers in charge of the Spanish meteorological instrument on the red planet.

All these data, published this Monday in the journal ‘Nature Geoscience’, represent one of the most complete analyzes to date of the atmospheric dynamics of Mars. As explained by the team of researchers who led this study, the data collected by MEDA provide a «valuable information«to understand temperature and dust cycles, solar radiation, and Meteorological phenomena in a world in which, one day, humanity plans to leave its mark.