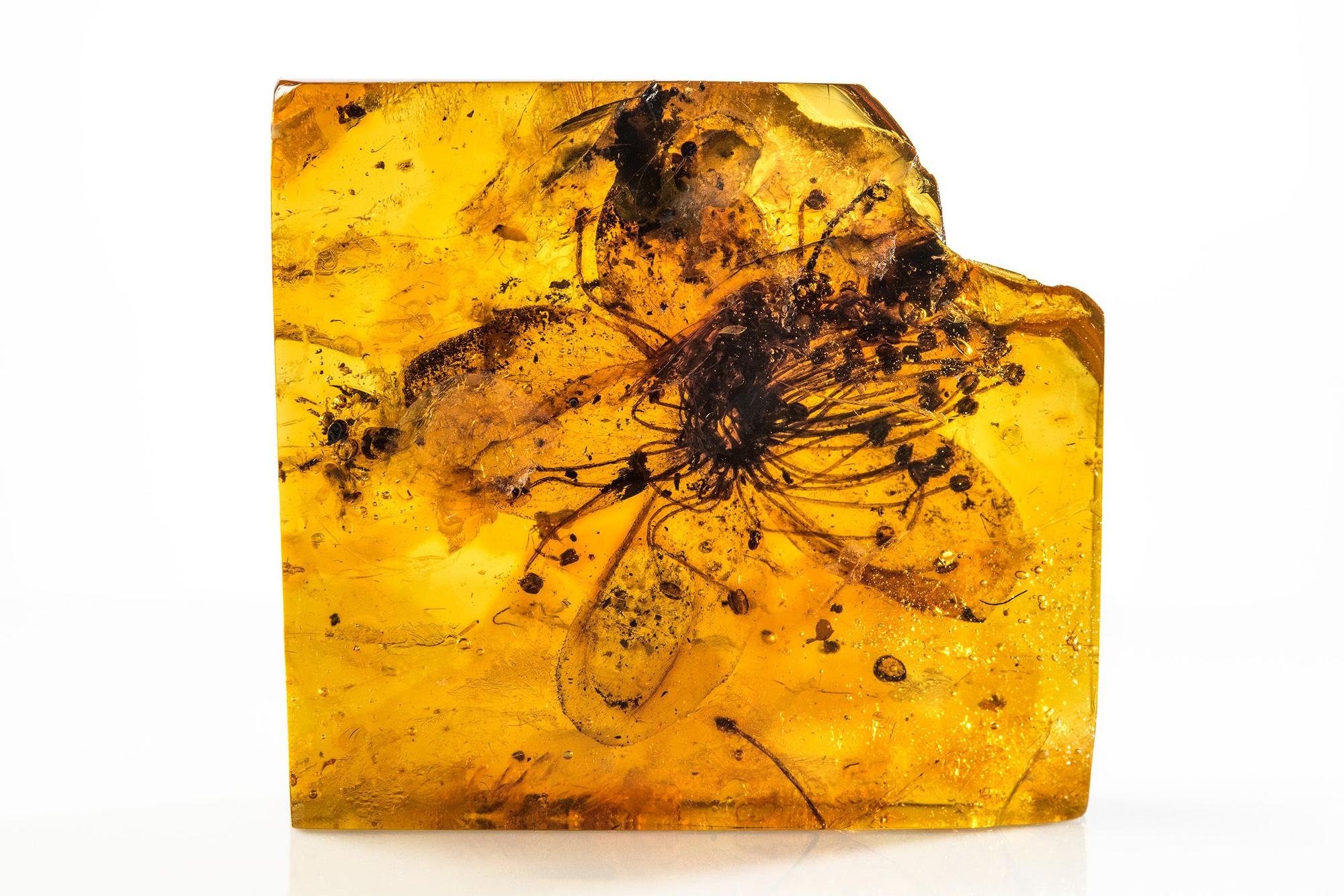 Almost 40 million years ago, in the Baltic forests of northern Europe, a tiny flower just 28mm it fell off its plant and fell on a drop of resin. The flower was thus trapped in a viscous substance that, over time, solidified, turned to amber and it corresponds to him as a shield for posterity. Now, the discovery of this fossil has made it possible to reconstruct the history of the oldest flower in the world (and of a species that, by the way, now no longer exists).

The research, published this Thursday in the scientific journal ‘Nature’, is one of the most spectacular of its genre. According to the researchers Eva-Maria Sadowski and Christa-Charlotte Hofmann, from the Museum of Natural Sciences in Berlin, the flower analyzed is almost three times bigger compared to other prehistoric flowers found to date. The average size of the flowers described so far, in fact, does not exceed 10 millimeters. This data, by itself, would already serve to capture the attention of the curious. But there is more.

The history of the oldest flower in the world it began to be written in 1872, when the amber-encased specimen was first described by a German team of botanists. At the time, It was suggested that this flower belonged to a ancient (now extinct) evergreen plant known as ‘Stewartia kowalewskii’. The flower kept that label for 150 years until, one fine day, Sadowski and Hofmann decided to re-analyze the specimen.

The study led by these researchers suggests that this flower sprouted during the late Eocene, between 38 and 33.9 million years ago. The analysis has also revealed a series of clues that would allow this flower to be related to a ancient asian species known as ‘Symplocos’. According to the scientists, the flower would have belonged to a hitherto unpublished (and extinct) hybrid baptized as ‘Symplocos kowalewskii’.

«the amber exquisitely preserved the delicate flower organs for millions of years», says the article that describes the history of this fascinating extinct flower. The scientists who have led their study explain that this type of material has not only managed to protect the specimens from the elements for long periods of time but also, ha allowed to preserve its structure in three dimensions «with high fidelity». Amber, in fact, has also been described as a true «time capsule».

Amber stones have also allowed recover the history of other prehistoric animals which, in their day, were trapped in resin. A few years ago, for example, the scientific journal ‘Nature’ also published the reconstruction of a small dinosaur the size of a hummingbird that lived about 99 million years ago in what we now know as northern Burma, in Southeast Asia. The find was described as one of the most astonishing made to date. Above all because, according to the analysis, the animal had remained virtually intact.

Did the star of Bethlehem really exist? These are the possible scientific explanations

What is the mysterious spiral that has appeared in the sky of Hawaii?