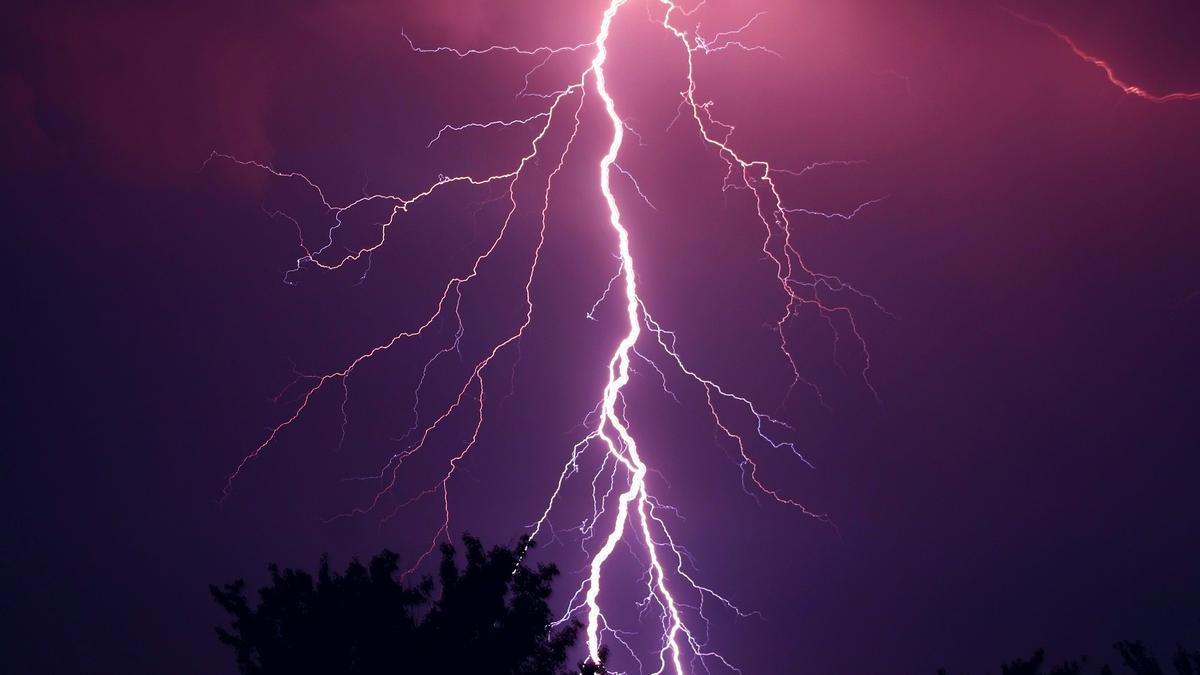 When Benjamin Franklin built the first lightning rod In the 1750s after his famous experiment of flying a kite with an attached key during a thunderstorm, the American inventor had no way of knowing that this would still be state-of-the-art centuries later.

Scientists are now moving to enhance that 18th century innovation with 21st century technology through a system that employs a high power laser that can revolutionize lightning protection.

The researchers announced this Monday that they managed to use a laser aimed at the sky from the top of Mount Santis, in north-eastern Switzerland, to deflect rays.

The team was transported to the top of the mountain at an altitude of approximately 8,200 feet (2,500 meters), some using a gondola and some by helicopter, and took to the sky atop a 400-foot-tall (124-meter) transmission tower. high) of the telecommunications provider Swisscom, one of the European structures most affected by lightning.

In experiments carried out over two months in 2021, intense laser pulses were emitted, 1,000 times per second, to redirect the beams. All four hits received while the system was active were successfully intercepted. In the first instance, the researchers used two high-speed cameras to record the redirection of the beam’s path over 160 feet (50 meters). Three others were documented with different data.

«We showed for the first time that a laser can be used to guide natural rayssaid physicist Aurelien Houard of the Applied Optics Laboratory at Ecole Polytechnique in France, coordinator of the Laser Lightning Rod project and lead author of the research published in the journal Nature Photonics.

Lightning is a high-voltage electrical discharge between a cloud and the ground, within a cloud, or between clouds.

«We have shown here that these plasma columns would act as a guide for raysHouard added. «It’s important because it’s the first step towards laser-based lightning protection that could practically reach a height of hundreds of meters (yards) or a kilometer (0.6 miles) enough with laser energy.»

The laser device is the size of a large car and weighs more than 3 tons. It uses lasers from the German industrial machine manufacturing company Trumpf Group. With scientists from the University of Geneva also playing a key role, the experiments were carried out in collaboration with the aerospace company ArianeGroup, a European joint venture between Airbus SE and Safran SA.

This concept, first proposed in the 1970s, has worked in laboratory conditions, but so far not in the field.

Dating back to Franklin’s time, lightning rods are metal rods attached to the top of buildings, connected to the ground with a cable, which conduct electrical charges from lightning strikes harmlessly to the ground.

Its limitations include protecting only a small area. Houard anticipated that 10 to 15 more years of work would be needed before the Laser Lightning Rod could be in common use.

Proteins involved in the development of the fasciolosis parasite found

The green ZTF comet can already be seen a simple view