This is how a robot manages to melt, escape from a cage and reassemble 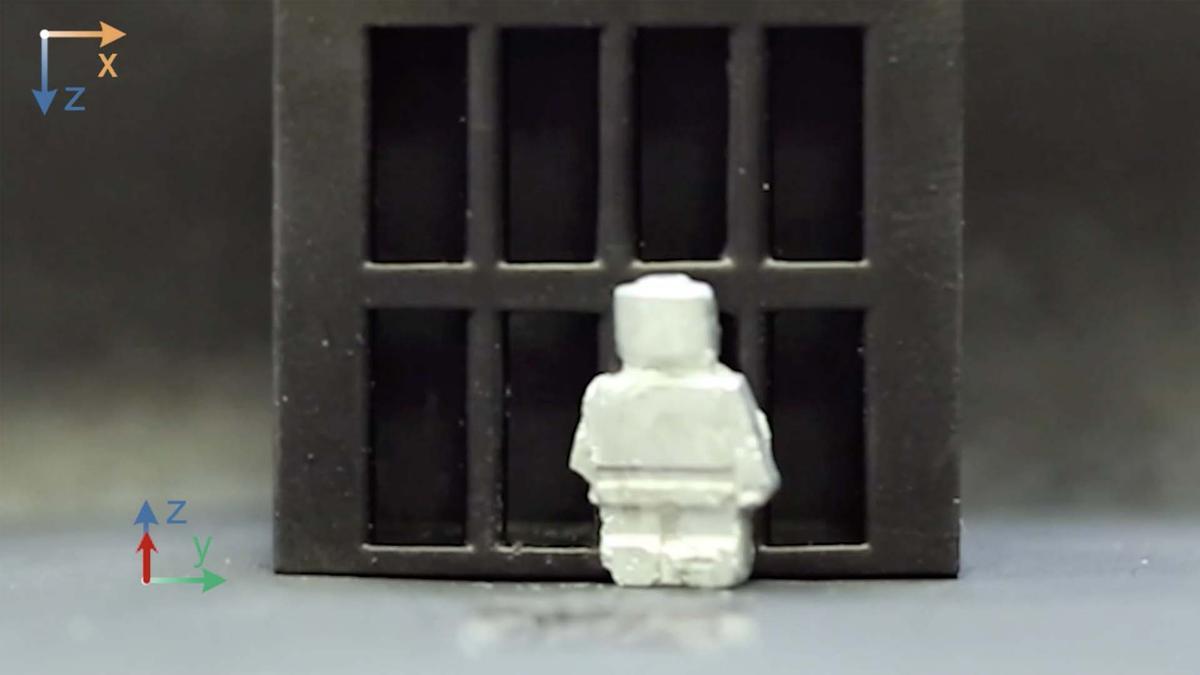 It looks like science fiction, but it’s not. An international team of engineers has succeeded in creating a tiny robot able to melt, slip through the cracks of a cage, and reassemble like before. His story, published this Wednesday in the scientific journal ‘Matter’, illustrates how advances in robotics and materials science could one day engender a miniature robot squad Able to navigate the human body to administer drugs at the right time and place, perform precision operations and even eradicate tumors.

The story of this miniature ‘Terminator’ begins like this. Its creators were inspired by nothing more and nothing less than sea cucumbers and their incredible ability to soften and support your body depending on environmental conditions. From there they created a new kind of stuff which will incorporate, among others, gallium magnetic particles and which, thanks to a temperature regulation mechanism, is capable of alter its shapemove around the space and return to its original appearance in a matter of seconds.

As explained by the team of researchers who have led this project, in what almost seems like an exercise in alchemy, this new material was assemble some little robots (only a few millimeters in size) capable of changing fluctuate between a solid and liquid state depending on the temperature and the magnetic field. These devices are surprising above all because, unlike other prototypes, «in their liquid phase achieve a truly fluid form compared to other materials that maintain a more viscous consistency».

Once this new material was created and the robots assembled, the scientists decided put these little prodigies of technology to the test. As reported in the article published this Wednesday, with the help of a magnetic field, they managed to make the robots will jump over pits, they will scale the walls and they even split in half to move objects in a coordinated way to opposite sides and then rejoin the same body.

One of the most spectacular tests that this robot starred in is precisely the one that heads this news. the researchers They assembled a human-shaped robot (or rather, from LEGO), they locked him in a cage and let technology work its magic. Through a combination of electromagnetic fields and temperature disturbances, the robots managed to melt, escape through the cracks in the cage, and reassemble abroad.

But what exactly are these escapist robots for? For now, to demonstrate its potential. In the future, as explained by the team of engineers that created them, this type of tool can be used to administer precision treatments or perform minimally invasive operations. In other studies as well the effectiveness of these nanorobots has been proven to, for example, operate tumors.

The experts also envision that, in the future, these robots can be used to filter in electronic circuits difficult to access and carry out repairs, such as a smart welding. «For now we only have proofs of concept, but more studies are still needed to understand how these robots could be used for all kinds of applications,» he explains. Carmelo MajidiEngineer from Carnegie Mellon University and one of the creators of this gadget.

Multimedia Sara García Alonso, the astronaut who investigates against cancer

Green comet: this is how it is seen in its passage near Earth

How to see the green-tailed kite in Spain?