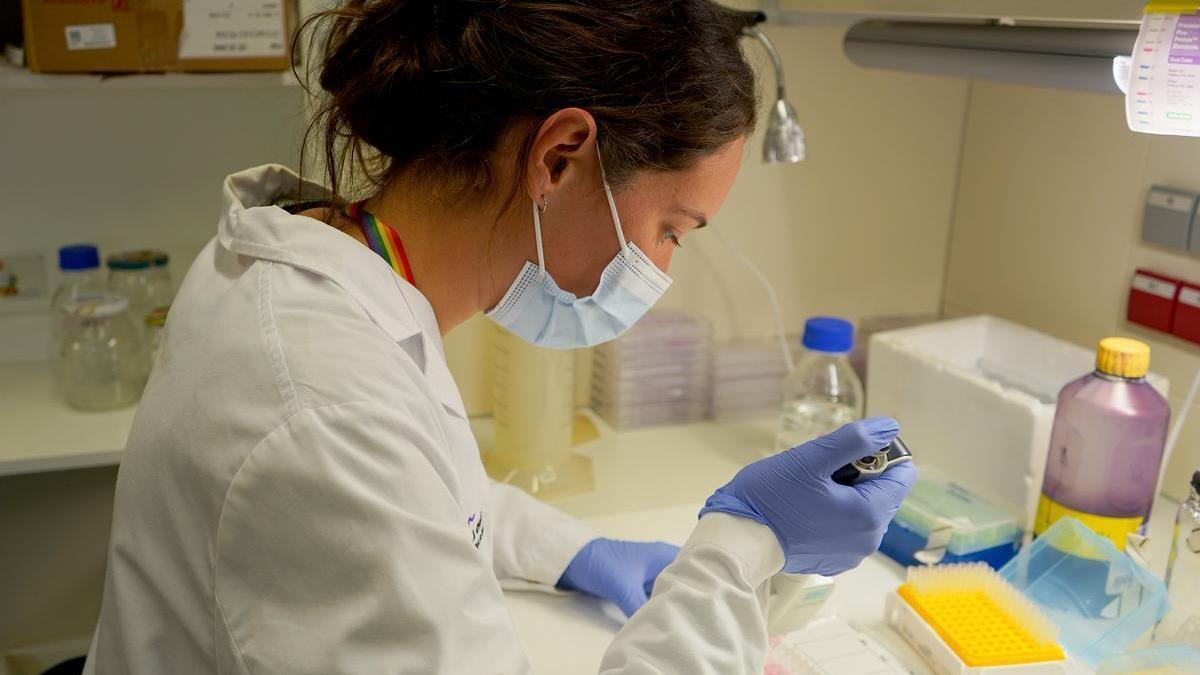 post a paper It was always like throwing a drop of water into an ocean which, in Spain alone, more than 100,000 new scientific articles. Waiting for this work to have significance, letting other researchers know about it and establishing new collaborative projects with other universities and disciplines to innovate, it was, and is, a rudimentary task that limits its effectiveness.

«Until now. New technologies already allow ‘mapping’ the state of research in an institution, a country or even the whole world to find out what is being researched more, what less and who is doing it», he explained to THE SPANISH NEWSPAPERfrom the Prensa Ibérica group, edward alarconProfessor at the Polytechnic University of Catalonia (UPC).

One of his projects is precisely one of the aces up its sleeve that the Government is saving for this end of the legislature in the world of science. his name is Atlasa platform with artificial intelligence that is already functional and that will allow obtaining a clear diagnosis of what is ‘cooking’ in the scientific community in Spanish Through the cataloging and analysis of the millions of published articles with which they are fed.

It still does not have a public release date, adopt from the department that coordinates the PERTE of the New Language Economybut it will be before the general elections scheduled for the end of 2023.

«We have high hopes for it because we see its potential to make the production of science in Spanish visible and to help universities, governments and institutions make better decisions,» he explains. christina gallochGovernment commissioner for PERTE.

A tool that they assure will be very useful both for researchers, who will know in a visual and simple way what is being done within their own fields of work, as well as for institutions and citizens, since they will be able to better identify where they are going. the resources and which areas could be strengthened.

«Seeing in the application how the great disciplines of science are nourished is very interesting, but one of the best features that Atlas has is that allows detecting where various branches of knowledge collide. It is precisely there where new opportunities arise and where innovation germinates», points out Alarcón, who stresses that, in this way, collaboration between research centers from different fields and territories will be encouraged.

The platform, which was presented to 22 Science Ministers from Ibero-American countries in November last year, offers the possibility of creating interactive knowledge maps at various levels. Over the next few months, says one of its creators, Atlas will be optimized, but the real challenge will be to gain access to all the scientific articles published in Spanish, since some are part of payment platforms.

one day today, Atlas has already shown that it works perfectly with 10,000 scientific research articles published at the Polytechnic University of Catalonia for the last ten years, but the idea is to extend its use to all Spanish-speaking research centers, including those that want to join from Latin American countries.

«The diagnosis used up to now by the state of science in Spanish was based only on statistics. It is as if you go to the doctor and he tries to tell you what is happening to you only by giving you indicators of some tests. What he achieves Atlas would be equivalent to getting inside the human body and analyzing its operation«says Alarcón, who is the creator of a project in which he works together with the experts Soraya Hidalgo, Pere-Pau Vázquez, Lluís Padró and Jordi Cortadella.

Artificial intelligence, in this case, was the technology that needed to be developed in order to create tools like Atlas, but as well as aiding research, it is also posing its own challenges for science.

«Artificial intelligence is made by humans and is also used by them. They don’t do anything that you don’t tell them to do, so just as applications that try to discover patterns for early detection of breast cancer will appear, there will also be other applications.» that they do not have such noble purposes», explains Francisco José Serón, professor of the Area of ​​Languages ​​and Systems at the University of Zaragoza, who has specialized for eight years in issues related to artificial intelligence, to EL PERIÓDICO DE ESPAÑA.

Recently, Goalthe old Facebook, had to withdraw one of its latest failed proposals, galactican AI platform that was intended to serve as a tool for the creation of scientific documents.

Introduced in mid-November last year after being trained with more than 48 million articlesspecialized websites, textbooks and specialized symposiums that serve as a reference, barely developed a couple of days active.

The reason is that the system was becoming a mass dissemination tool capable of false or, at least, inaccurate information. Michael Black, from the Max Planck Institute for Intelligent Systems in Germany, was one of the researchers who came to test it and wrote the following review on his Twitter account: «I applaud the ambition of the project, but this not a useful tool for science nor for scientific writing. It is possibly distorting and dangerous.»

«Artificial intelligence is going to be able to write scientific articles, yes, but we are not going crazy. For a text like this to pass the cut and be validated in the forums where it has to be, it has to be supervised beforehand by a committee of experts. That there are people who use it to post it on their blog or wherever they want is another story, but there are filters to reach the scientific community,» says Serón.

Multimedia Sara García Alonso, the astronaut who investigates against cancer

Green comet: this is how it is seen in its passage near Earth

How to see the green-tailed kite in Spain?