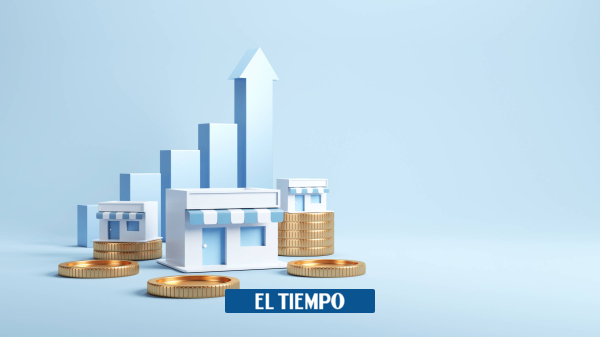 Despite risks such as high inflation and sharp rises in interest rates, The dynamism that the Colombian economy maintained last year had a positive impact on the mergers and acquisitions business in Colombia in 2022.

(Keep reading: Investments projected by the liquid fuels sector for 2023)

According to the Transactional Track Record (TTR) consultancy, the number of operations, between announced and completed, closed the year at 366, 45 percent more than in 2021. However, the combined volume that these transactions added gave up some ground , when falling 20 percent, up to 10,061 million dollars.

What the report reflects is that the Colombian transactional market was shrinking in 2022 as economic growth began to moderate.
Although in the first quarter of the year 92 transactions were recorded for 6,245 million dollars, the number dropped to 66 operations in the second, reached 57 in the third and closed the fourth with 51 operations for 1,367 million dollars.

For this 2023, experts such as Hernando Padilla, partner at Philippi Prietocarrizosa Ferrero DU & Uría (PPU), expect the market to continue growing once the tax and other reforms are digested. “The level of the dollar is also going to have a significant impact on the appetite for assets in Colombia,” he said.

(You may be interested in: The five major global threats that will be addressed in Davos)

By sectors, the one with the largest operations in 2022 was the internet, software and IT services, with a total of 37 transactions.

Darío Laguado, Corporate/M&A partner at Brigard Urrutia, says that this is a global trend that includes transactions in the fiber optic infrastructure sector and other telecommunications networks or data centers, as well as acquisitions of fintech ventures, proptech and foodtech, among others.

Behind the businesses that were closed in 2022 with the highest value was Grupo Aval. The largest operation was the split of 75 percent that Banco de Bogotá, owner of 100 percent of the Panamanian BAC Holding International (BHI), made in favor of its shareholders. This was advised by DLA Piper Martínez Beltrán and had a value of 2,800 million dollars.

In the third position of the TTR list, it also appears that Esadinco, a company of the Sarmiento Angulo family, acquired an additional 25 percent in the bank for 655.47 million dollars, and in seventh place is the operation of Rendifín, a company controlled by the family, which completed the takeover bid for BAC Holding International for $362.49 million. With 833.58 million dollars, the second transaction that moved the most money was Argo Energía and Grupo Energía Bogotá, that completed the purchase of five transmission lines in Brazil.

The fourth largest deal advised by PPU was the sale by BHP Group Limited of 33 percent of the subscribed capital of Cerrejón Zona Norte to Glencore Cerreon Limited for $588.00 million. And the fifth biggest move was the merger between Aris Gold Corporation and GCM Mining for $451.38 million.

(Read also: Growth in Colombia: this was the reduction of the World Bank forecast)

The Gilinski family is also present at the top of the ranking with several of the films they made last year. For example, it appears that they completed the third takeover bid for Grupo Sura.

Similarly, Avianca Group International acquired 100 percent of Viva Air Group. Others also appear among the biggest films, such as the one about the Mayor’s Office of Barranquilla, which acquired Triple A, or the one about Tül, which closed a financing round of 181 million dollars. Similarly, Macquarie Asset Management will acquire 50 percent of Quiport and Opain, and Delivery Hero sold a stake in Rappi for $150 million.

Of the total transactions in 2022, 199 were cross-border: 161 inbound, that is, foreign companies that acquired companies in the country, and 38 outbound. These are established in Colombia and acquired others abroad.

Regarding external transactions (outbound), Colombian companies registered 38 acquisitions for a value of 2,047.40 million dollars and chose Mexico (8) as the main investment destinations, followed by Brazil (7), Argentina and the United States, both with four operations. However, by import, the largest was Panama with 1,017.96 million dollars.

On the contrary, regarding internal acquisitions (inbound) it is worth noting that there were 161 operations by foreign companies that acquired companies in the country for a total value of 6,345.90 million dollars. The United States and Spain continued to be the countries that most invested in making acquisitions in Colombia, with 64 and 29 operations, respectively. In third place is Mexico (20) and in fourth, Brazil (18).

Behind the best deals of the year, according to TTR, the best legal advisers by total amount of the transactions carried out were DLA Piper Martínez Beltrán, with 24 for a value of 4,249.77 million dollars. Camilo Martínez, managing partner of the firm, said that the transactional team enjoys a great reputation in Colombia and in the region and that as a result of their commitment to their clients they have led the list in the last five years.

It is followed by the Brigard Urrutia list, with 37 operations for 1,334.92 million dollars; and Posse Herrera Ruiz stands out with 21 operations for 737.11 million dollars. In fourth place is Gómez-Pinzón, followed by Philippi, Prietocarrizosa Ferrero DU & Uría and Dentons Cárdenas & Cárdenas. Behind them are Muñoz Tamayo & Asociados, Lloreda Camacho & Co, RAD and Cuatrecasas Colombia.

Juan Felipe Vera, Cuatrecasas M&A partner, said that for this year surely there will be several opportunities in the development of non-conventional renewable energy projects, infrastructure and public works, in addition to family businesses or traditionally closed groups seeking to divest to diversify its portfolio.