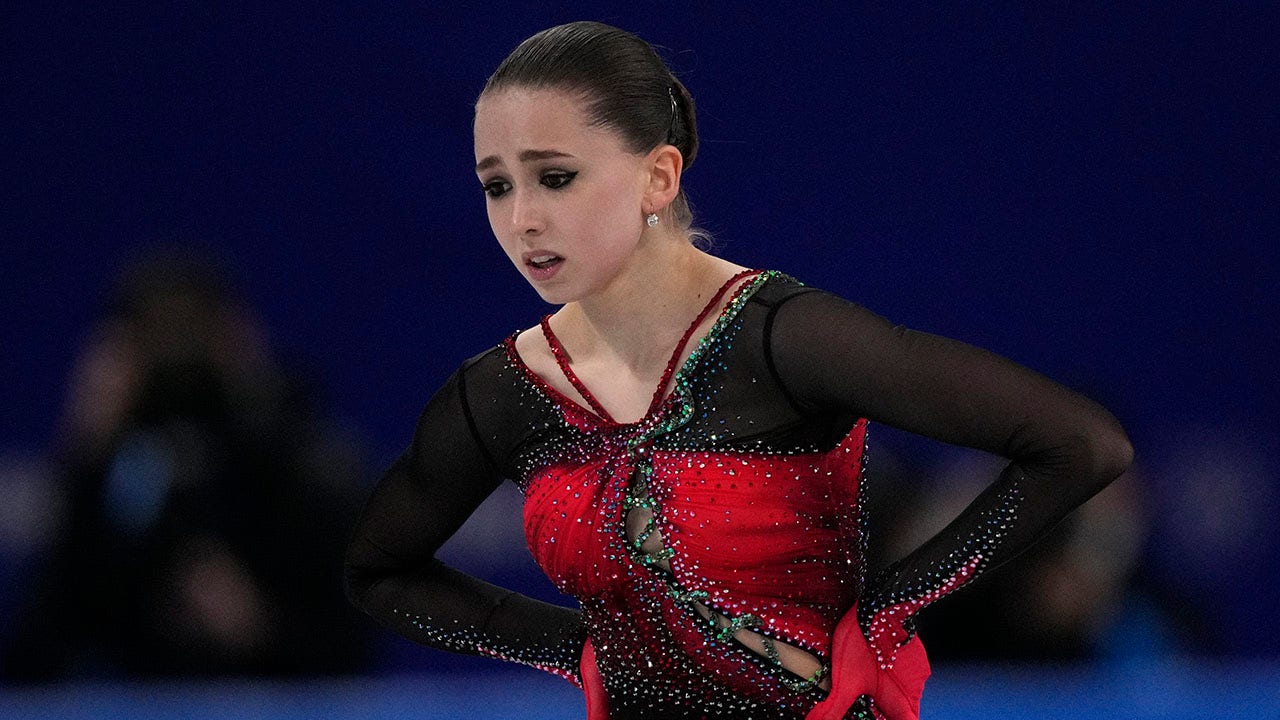 A Russian court has found figure skater Kamila Valieva «neither fault nor negligence» in a doping case that rocked last year’s Winter Olympics, the World Anti-Doping Agency said on Friday.

The Russian figure skater won Olympic gold in the team competition in February before it was announced that a sample she had given two months earlier had tested positive for a banned substance.

The result was reported later because the lab that tested the sample had been affected by the coronavirus pandemic.

Kamila Valieva of the Russian Olympic Committee reacts after the women’s free skating program during the figure skating competition at the 2022 Winter Olympics on February 17, 2022 in Beijing.
(AP Photo/Bernat Armangue, file)

WADA said it was «concerned» that a Russian Anti-Doping Agency panel would rule that Valieva should only be disqualified from one day of the 2021 Russian national championships where the sample was taken.

«The court found that, although the athlete had committed an anti-doping rule violation, it was not ‘fault or negligence’ in doing so. As such, the court did not impose any sanctions other than disqualification of her results on the decision date. sample». the AMA said in the statement.

The AMA said it would review the case file before deciding on next steps. WADA had previously complained that Russia was taking too long to reach a decision in Valieva’s case and sought to have it transferred to the Swiss-based Court of Arbitration for Sport.

Kamila Valieva of the Russian Olympic Committee competes in the women’s free skating program at the 2022 Winter Olympics on February 17, 2022 in Beijing.
(AP Photo/Natacha Pisarenko, File)

«Based on the elements of the case with which WADA is already familiar, the agency is concerned by the finding of ‘no fault or negligence’ and will not hesitate to exercise its right of appeal to the Court of Arbitration for Sport, as appropriate. said the WADA.

The Russian agency has not published the verdict. He previously said he would not publish any findings related to the case because Valieva was only 15 at the time she tested positive.

Depending on the final outcome of any appeal, the case could result in the United States going from silver to gold in the team event.

CAS usually takes months to process cases. A previous panel of CAS judges allowed Valieva to compete in the women’s singles event at the Beijing Games even on suspicion of doping, partly due to her age. She placed fourth in the women’s competition and another Russian, Anna Shcherbakova, won gold.