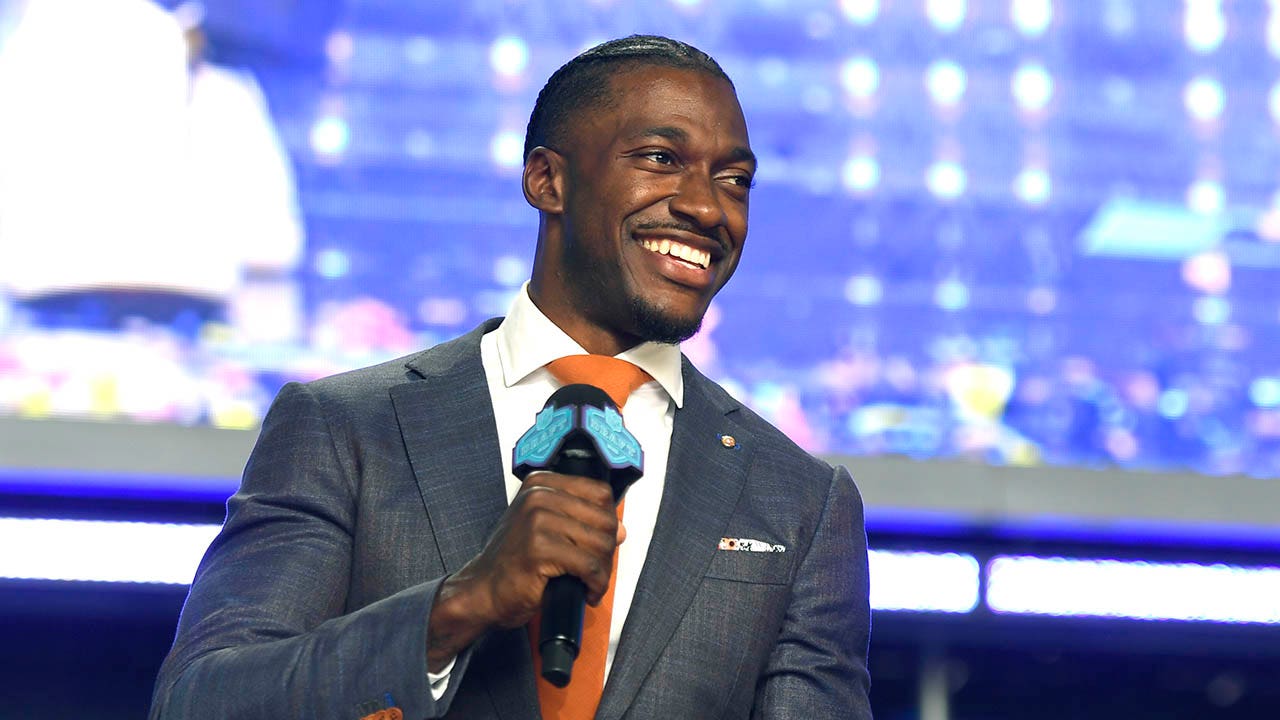 Robert Griffin III was part of an alternate broadcast for the Fiesta Bowl between No. 3 TCU and No. 2 Michigan, but had to cut early.

The former Washington quarterback got a phone call late in the third quarter, even though he became an instant classic in everyone’s eyes.

His co-stars on «The Pat McAfee Show» were clearly confused at first as to why his headphones were off and he was on the phone; one of them even asked «what are you doing? we are in the middle of a game».

«Alright guys. I have to go,» RG3 said emphatically.

Robert Griffin III speaks onstage during the fourth round of the 2022 NFL Draft on April 30, 2022 in Las Vegas, Nevada.
(David Becker/Getty Images)

One of his partners was surprised.

«To the bathroom?» someone answered.

That’s when Griffin made it a bit clearer, telling his team that his wife was in labor.

His fellow broadcasters congratulated him and he ran into the tunnel and out of sight.

An ESPN camera also followed him.

He is Griffin’s fourth child and his third with his wife, Grete.

Griffin joined ESPN in August 2021 after spending eight seasons in the NFL: four with Washington, one with the Cleveland Browns and three with the Baltimore Ravens.

Robert Griffin III is seen before the game between the Michigan Wolverines and the TCU Horned Frogs at the Vrbo Fiesta Bowl at State Farm Stadium on December 31, 2022 in Glendale, Arizona.
(Christian Petersen/Getty Images)

TCU won, 51-45, to make it the biggest upset in college football playoff history, as they were eight-point underdogs.

RG3 missed the ending, but an addition to the family is a nice consolation prize.