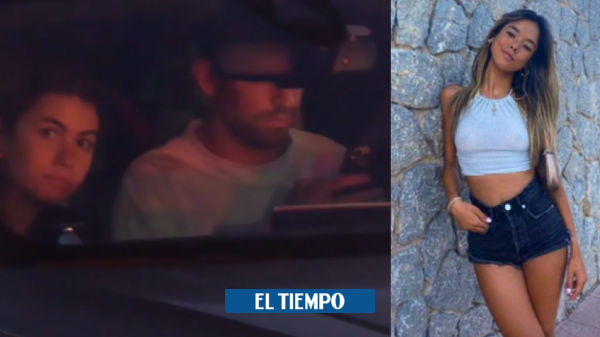 Gerard Piqué is still in the eye of the hurricane. The former Spanish soccer player, who has now fully concentrated on his ‘King’s League’ project, does not stop appearing in the tabloids because of the blows left by the latest musical release by his ex-partner, the singer from Barranquilla Shakira.

Since the Colombian artist premiered her session with the Argentine Bizarrap, Piqué has not stopped receiving darts from all fronts.

In fact, in the midst of the comparisons of a Casio watch with a Rolex and a Renault Twingo with a Ferrari, the entertainment media have launched an assertion that does not leave the world champion standing well in 2010. And it is that, according to ‘paparazzi’, Piqué would have been unfaithful to Clara Chía Martí, his new partner. This, when others have assured that they would have also deceived Shakira.

Now, when the echoes are felt in their surroundings, the entertainment program ‘Socialité’, from ‘Telecinco’, reveals the details of the alleged infidelity.

(Do not stop reading: Piqué returns to Shakira’s house after an explosive song against him: video).

The multinational distanced itself from the famous.

According to ‘Socialité’, a ‘show’ that has followed the separation of Piqué and Shakira since day one, Piqué was caught in a striking «affectionate attitude» with a young lawyer, who other media identify as Julia Puig.

«It seems that the stories between Clara, Shakira, the new girl and Gerard Piqué are interconnected«, was heard during the last edition of the program.

According to an alleged witness, whom they do not identify, Piqué would have been seen with the woman at the end of last year, in one of his favorite places.

(In addition: Dani Alves version changed and was left without a wife due to alleged abuse, says the press).

Apparently, according to said alleged anonymous source, Piqué and the woman were going separately, but one night they found themselves in a separate area.

«First it was her and, after a while, he, as if they wanted no one to see them go in together. We all know what happened in there,» said the witness presented by ‘Socialité’.

A journalist who quotes ‘Socialité’ assured that in reality Piqué and the woman would have maintained a kind of relationship two or three years ago. Of course, says ‘Socialité’, the young woman’s environment would have said that she does not intend to talk about it.

In fact, as heard on the program in question, Piqué denied Clara Chía the alleged infidelity. «They even say that he has contacted the lover so that she does not say anything»they came to say

The rumors about a possible infidelity that shake the relationship of Piqué and Clara Chía
‘Socialité’ affirms that the footballer will have had an intimate encounter with a young lawyer just one year ago pic.twitter.com/8VRqRhMENF

Who is the indicated woman?

Although ‘Socialité’ preferred not to give details of the alleged lawyer, the ‘paparazzi’ Jordi Martin shared an image in which you can see the profile of a young woman named Julia Puig Gali, who would be a Spanish lawyer with a master’s degree in Economic Criminal Law and Corporate Compliance. There, she also indicated that she lived in Barcelona.

After the publication by the journalist Jordi Martín, Rumors of infidelity to Clara Chía grew.

In the post, Martin tagged Piqué and wrote: “Do you know her, Gerard? Then, do not be surprised that Shakira throws the whole world on top of you.

These few words served for the world to fix its attention on Puig and to understand that she would be the new love interest of the ex-soccer player. This is how the rumor was born that the relationship with Clara Chía could have cooled down after «Shak’s» shooting and she would have been unfaithful with the lawyer.

After Julia’s Instagram profile became public, the woman was able to put the private account. However, this garnered even more media attention. Currently, the profile has more than 25,000 followers and on his networks he is dedicated to sharing photos of his travels, lifestyle and fitness. However, there is little that the international media have been able to recover about Puig and the other details of his life is still kept private.

So far, neither Piqué nor anyone from his entourage has commented on these statements.