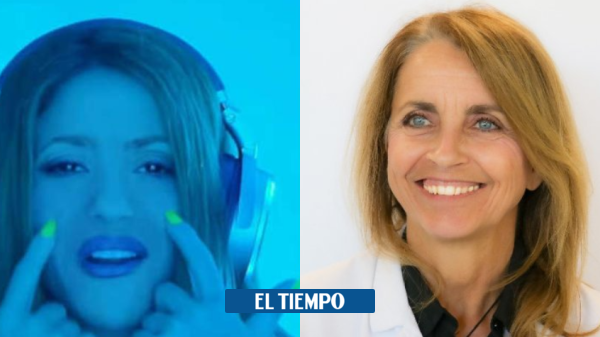 The separation of the singer Shakira and the ex-footballer Gerard Piqué It has taken away a lot of people, including the ex-player’s mother, Monserrat Bernabeu.

The relationship between the three has completely broken down and the media in Spain They have taken it upon themselves to reveal the reason for the situation.

Since June 2022, when the Barranquillera’s break with Piqué was officially announced, the former player’s mother is going through very difficult times.

They warn that he did everything possible so that the relationship did not come to an end, but there were small details that the Barranquillera did not like.

Will it be true?

They assure that she fought so that the separation did not happen and at this moment it hurts her that her grandchildren, Sasha and Milan, They are not close to her and they see them further and further away.

Grandma’s pain is great, they say, and that although she has always been low-key, she spends her days sad because she doesn’t have her grandchildren nearby.

Several followers of Shakira go to her house, show their support for the singer and applaud the gesture of the witch who was on the balcony and who pointed to her ex-mother-in-law’s house.

Informed readings that Bernabeu put all his effort to keep them together, because he did not want to be separated from his grandchildren, something that is happening, something that has her in a bad mood.

Shakira, they warned, did not like that her ex-partner’s mother was seen walking with Piqué’s girlfriend, Clara Chia Marti, shortly after the separation was announced.
(Dani Alves: the striking tattoo that would incriminate him in case of sexual abuse)