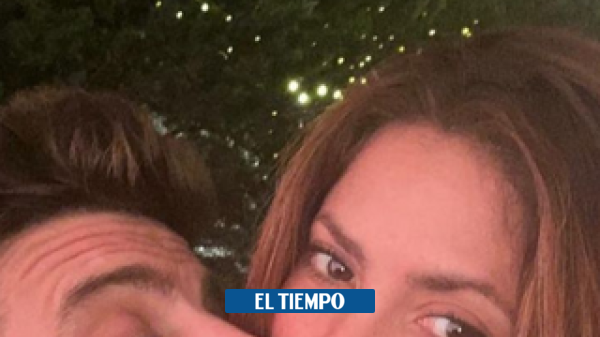 The ex-footballer of Barcelona Gerard Piqué then responding with gestures to the attacks of his ex-partner, the Colombian singer Shakira and, after wearing a Casio watch and appearing commanding a Twingo, but received a hard blow.

Piqué said that the Japanese watch brand had reached a sponsorship agreement with the soccer league league Of Kings, a new tournament that has twelve teams that are chaired by ‘streamers’ or well-known players likeor Iker Casillas or Kun Agüero, and Now he has joined his particular revenge by driving the utilitarian single to which Shakira’s musical success alluded.

(Piqué ‘has a 12-year-old brain’: famous ‘streamer’ lashes out for Shakira)
(Neymar, ‘the biggest failure in football history’: fierce criticism of the Brazilian)

As can be seen in the video broadcast by said tournament on their social networks, Piqué arrived driving a white model, which he parked in the presence of various media outlets who were waiting for him and gave them a smile before heading to the studios where they record the championship

On Sunday a video was released in which the Colombian singer left at her house in Barcelona with some friends, but there was a «cast».

The artist met with some relatives to celebrate the success of the song, what it has generated in the world’s social networks and the money that has come in.

She even had time to go out on the balcony and greet some of her fans who cheered her outside her house.

Several of the names of the people who were at the party were revealed on the television program ‘Save me’.

They talked about everything that happened at the singer’s house and revealed that there was a former Barça player at the party, something that raised a lot of expectations on the program’s set.

But there is information that no one knew. In the program they warn that a former Barcelona player, Piqué’s teammate, was at the party.

Is about Patrick Kluivert, who has been known is very close to the Barranquillera and who is the third highest scorer in history in the Netherlands and the 12th in the history of Barcelona.

What is known is that they are very close friends, as she attended the wake of the former player’s father-in-law a few months ago, alone, without Piqué.
(Piqué: the ‘ace’ up his sleeve against Shakira for Bizarrap)