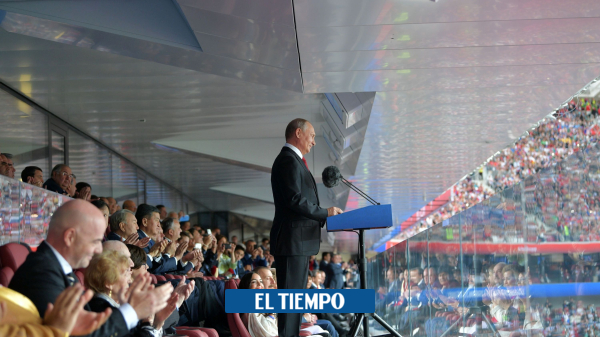 After four years of the World Cup in Russia, strange cases that happened during that tournament are becoming known.

And one of them was carried out by the former soccer player and now English journalist Alex Scott, who had terrifying moments when boarding an Uber.

(Dani Alves’ wife explodes on social networks after imprisonment for sexual assault)
(Shakira and Piqué: composer of the song ‘he let go of his tongue’ and gave it away, video)

She wrote a book in which she told the story that goes around the world and instantly filled her with panic.

‘I was with Putin’

I was in Moscow and called an Uber, up to there, everything clear and without fear. Once he boarded it, the driver, whom he described as «bald, stout and with a smile,» told him in English: «Tell them they won’t see you again.»

«He told me terrible things, how he took girls like her and killed them«, he recounted.

Scott, who was part of the English Arsenal, thought, in the midst of the scare, and showed him a photo at an act in which he was with the Russian president, Vladimir Putin.

«(Putin! This morning I was with Putin) You can’t kill me,» he told him, and he told him that he would meet him again the next day.

«The laughter disappeared from his face and I could see the gears (of the brain) whirring as it worked to process what I was showing it,» Scott said.

«If I don’t see Putin tomorrow, he’ll find you,» Scott told him. That saved her, well the driver took her to the hotelbut before she got off she tried to touch her legs and kiss her.
(Statue in honor of Linda Caicedo generates criticism and ridicule in networks)

From that 8 year old playing cage football on my property we went on to sit next to the FIFA president discussing the power of world football in the Kremlin today 🙋🏽‍♀️😳 #World Cup #fifa pic.twitter.com/3aXCvMo424