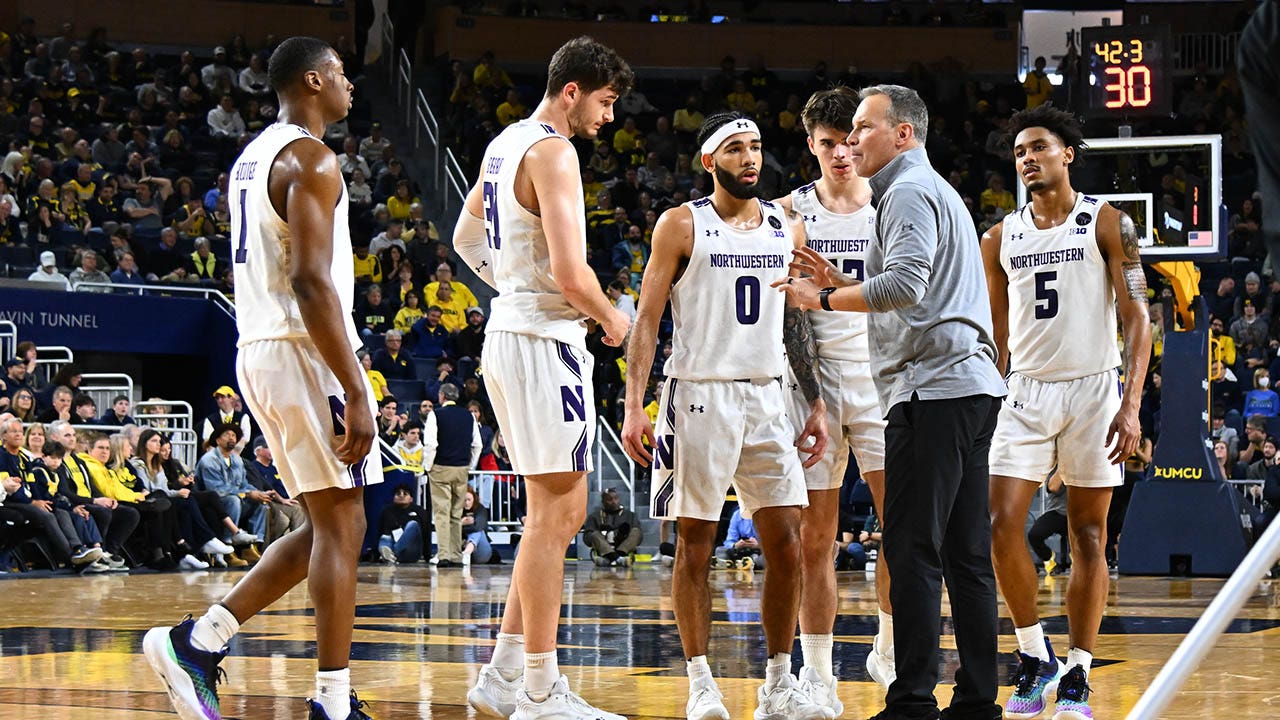 An outbreak of COVID-19 has affected Northwestern’s men’s basketball team, prompting the university to jointly postpone Wednesday’s game against Iowa.

wildcats, who are currently 12-5, announced the postponement Tuesday, citing «COVID-19 health and safety protocols within the Northwestern program.»

«Northwest and Iowa, together with the big Ten Conference, will work together to identify potential rescheduling dates,» the statement continued.

Iowa players celebrate on the court after winning a college basketball game between the Maryland Terrapins and the Iowa Hawkeyes on January 15, 2023 at Carver-Hawkeye Arena in Iowa City, IA
(Keith Gillett/Icon Sportswire via Getty Images)

But according to Stadium’s Jeff Goodman, the Wildcats only had six players available.

No rescheduled date has been set. According to HawkCentral, the game may be «rescheduled or declared non-competitive or forfeited» under the league’s COVID-19 forfeiture policy beginning in December 2021.

Northwestern is on a two-game losing streak after being blown out by Michigan, 85-78, on Sunday. The team is scheduled to play Wisconsin on Saturday.