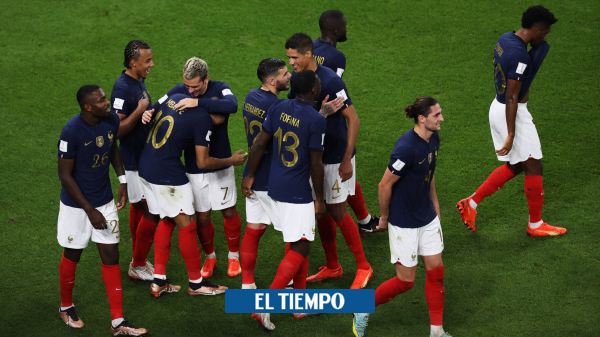 The agent sonia souid denounced this Tuesday in statements to the sports newspaper L’Équipe and the radio station RMC the sexist behavior of the president of the French Football Federation (FFF), Noël Le Graët.

«He told me face to face, in his apartment, very clearly, that if I wanted him to help me, I had to have sex,» said Souid, who wanted to meet with Le Graet and that he wanted to talk to him about how to promote women’s football.

(James Rodríguez, ‘I tell him to retract’: accurate request by Freddy Rincón)
(Shakira returns: «A wolf like me, she’s not for guys like you», dart Piqué?)

In an investigation, So Foot magazine had spoken of inappropriate behavior by Le Graët, especially SMS with sexual content, which the French soccer boss denies.

The 81-year-old leader has an appointment this Tuesday with the French Sports Minister Amélie Oudéa Castérafor an audit on the operation of the FFF.

Broadcaster France Inter revealed that «several women» had «reported at the audit Noël Le Graët’s attitude towards them», something that was confirmed to AFP by a source close to the matter.

According to that radio station, a former director had «shown the inspectors text messages and WhatsApp messages» that «are not illegal but (…) that raise questions taking into account the hierarchical relationship between them.»

«He calls a lot. I have voice messages and some SMS,» says Sonia Souid.

Talking about her professional interactions in the past, the agent explained that she had the feeling that «every time, the only thing that interests him, and I apologize for being vulgar, is my two breasts and my ass.»

a lot of courage

Minister Oudéa Castéra, who is demanding the departure of Le Graët, in office since 2011, congratulated «Sonia Souid» on Twitter for the courage of her testimony.

Since Sunday, Le Graët is also dotted with another matter that has generated a stir in France, his words considered derogatory towards a football myth in the country, Zinedine Zidane.

In statements to RMC radio, Le Graët said that Zidane «would not have responded to» because his only option was to renew coach Didier Deschamps, something that was announced on Saturday, extending his contract until 2026. Zidane rang for a long time as a candidate for the position.

Football kylian mbappe and the minister Oudéa-Castéra, among many others, criticized the statements of Le Graët, who apologized on Monday for his «unfortunate words» about Zidane.

(Teófilo Gutiérrez: criticism for Messi’s shirt raffle, no prize awarded)
(Cristiano Ronaldo: they reveal the money he earns and a ‘secret clause’)