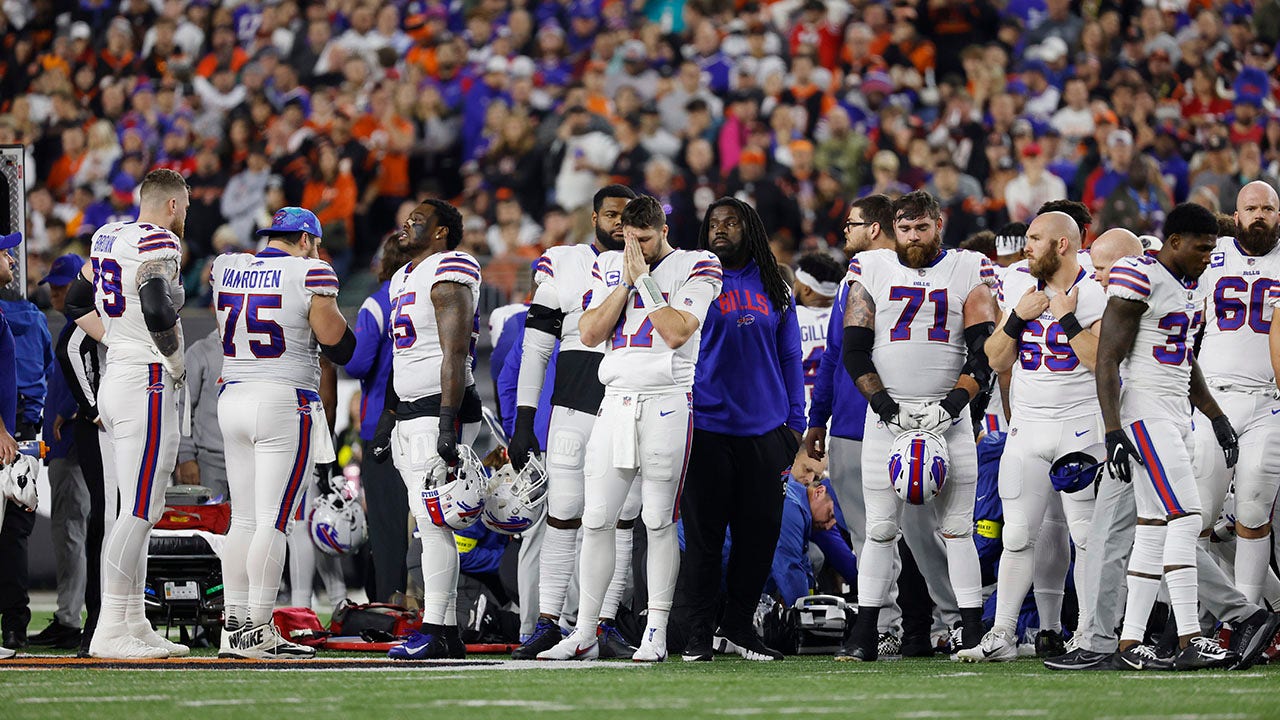 The NFL will not resume play between the Buffalo Bills and Cincinnati Bengals this week after Damar Hamlin’s cardiac arrest during the first quarter of Monday night’s game.

«The NFL continues to be in regular contact with the medical team treating Damar Hamlin, as well as the Bills and Bengals organizations and the NFL Players Association,» the NFL said in a statement.

«After speaking with both teams and NFLPA leadership, NFL Commissioner Roger Goodell informed the clubs today that the Bills-Bengals game will not resume this week.

«The NFL has not made any decisions regarding the possible resumption of play at a later date.»

The game was suspended after Hamlin collapsed on the grass during the first quarter.

CPR was administered to Hamlin in the field before an ambulance took him to the hospital.

On Tuesday afternoon, the Bills provided an update on Hamlin’s condition.

«Damar Hamlin spent the night before in the intensive care unit and remains there today in critical condition at the University of Cincinnati Medical Center,» the Bills said in a statement.

«We are grateful and appreciative of the tremendous amount of support we have received thus far.»

The NFL also stated in its statement that no changes have been made to the Week 18 schedule.