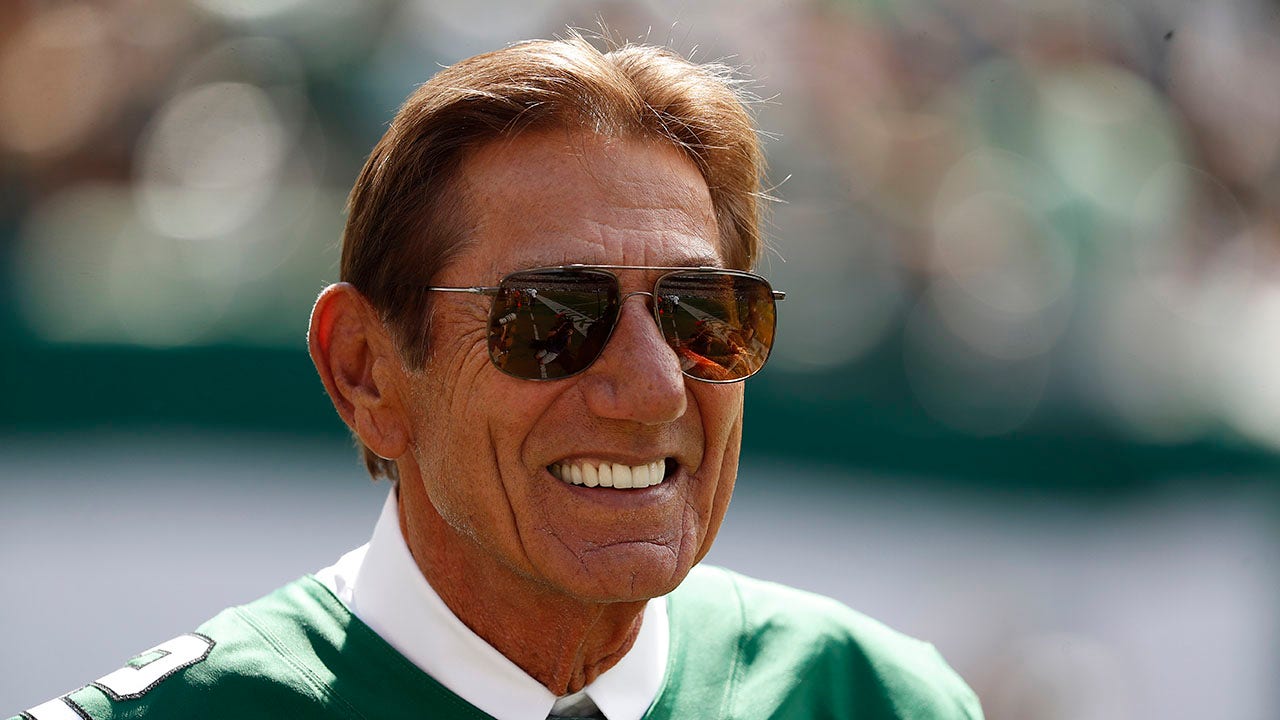 During an appearance Thursday on the «Tiki & Tierney» radio show, Namath said he wouldn’t even care if Rodgers wore Namath’s No. 12 for the Jets.

«I’m a big Rodgers fan. I noticed he wears number 12, of course,» Namath said. «I’m thinking, ‘Well, man, if we get him on our side, is he still going to wear the number 12? Because the number was retired many years ago… I sure would like Rodgers, if he’s there.» Yeah, I want you to wear his number, man.»

Retired NFL player Joe Namath takes the field during the first quarter of a game between the New York Jets and the Buffalo Bills at MetLife Stadium on September 8, 2019 in East Rutherford, New Jersey.
(Michael Owens/Getty Images)

Rodgers’ future in Green Bay is uncertain and he will be a talking point for the second straight offseason. After the end of the Packers’ regular season, the quarterback hinted that he might retire.

«It might be time to step away,» Rodgers said.

JETS OWNER WOODY JOHNSON WILLING TO SPEND BIG TO LAND VETERAN QB: ‘THIS IS KIND OF THE MISSING PIECE’

Last offseason, Rodgers made no commitment to return to Green Bay. But, after a summer of exchanging jabs with the front office, he agreed to a three-year, $150 million contract extension with the Packers.

If he continues to play football, Rodgers doesn’t seem interested in being on a team in rebuilding mode.

«Do I still think I can play? Of course. Can I play at a high level? Yes. The highest,» Rodgers said Tuesday during his weekly appearance on «The Pat McAfee Show.» «I think I can win MVP again in the right situation.»

But the 39-year-old mentioned that his current situation in Green Bay might not give him that chance.

«Correct situation: is it Green Bay or is it somewhere else? I’m not sure,» Rodgers added. The Jets could be a contender in the Rodgers draft.

Joe Namath on the field during the first quarter of a game between the New York Jets and the Buffalo Bills at MetLife Stadium on September 8, 2019 in East Rutherford, New Jersey.
(Michael Owens/Getty Images)

The Jets finished the season with a 7–10 record, extending the franchise’s playoff drought to 12 years.

Jets owner Woody Johnson said last week that he would «absolutely» be willing to spend to add a veteran quarterback to the roster.

«We have a cap, so there is an amount you can spend. But, yeah, yeah, that’s the missing piece,» Johnson said on ESPN.

«Defense was an amazing story that you saw this year, from last place to near the top in defense in terms of points and in terms of any measure. And if you could do the same thing on offense, I mean, it looks pretty Good. Right? Our special teams are good. Brant Boyer, great coach. So I think we’re ready. [we] I have to deal with the offense and the quarterback.»

New York Jets quarterbacks Zach Wilson (2) and Mike White (5) run onto the field to warm up before a game against the New England Patriots on October 24, 2021 at Gillette Stadium in Foxborough, Massachusetts. .
(Fred Kfoury III/Icon Sportswire via Getty Images)

The Jets also continue to search for a new playcaller after firing offensive coordinator Mike LaFleur.

Whether Namath’s resounding endorsement of Rodgers will ultimately affect the quarterback’s decision remains to be seen, but the Jets seem willing to do whatever it takes to give the roster a boost.