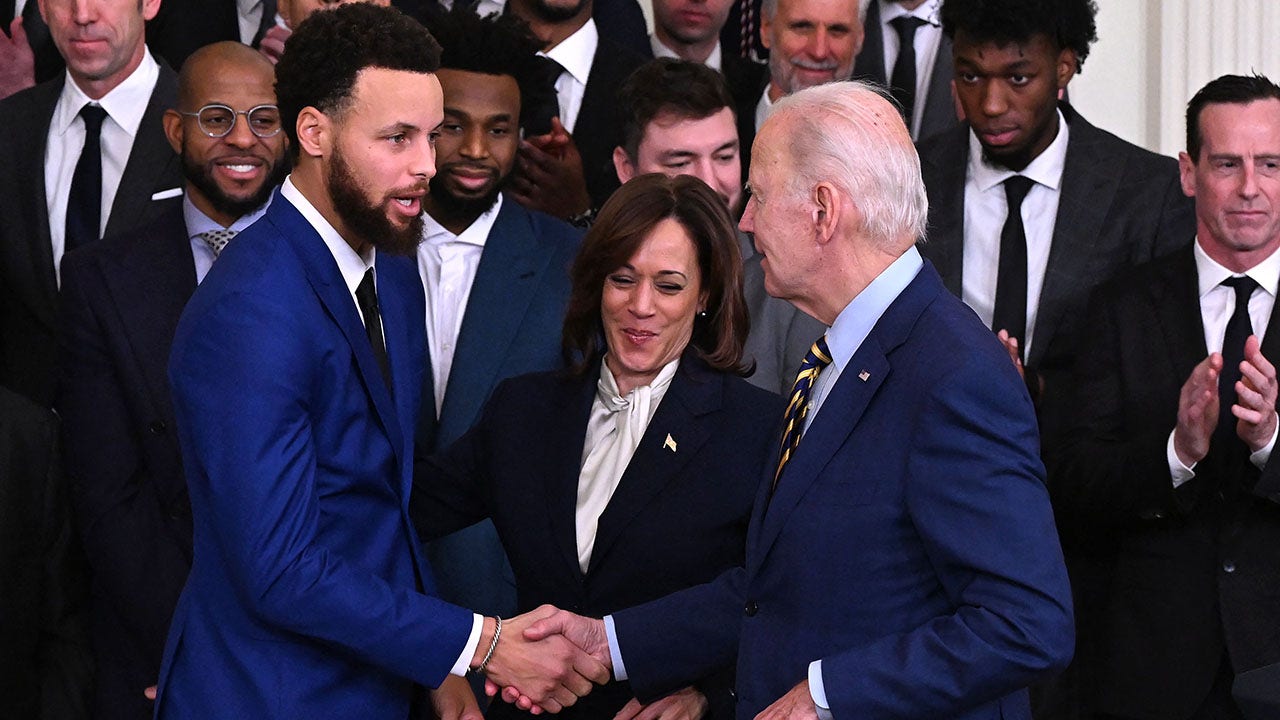 The Golden State Warriors visited the White House on Tuesday to celebrate their 2022 NBA season championship.

Stephen Curry of the Golden State Warriors poses with the four Larry O’Brien championship trophies he won with the Warriors during Warriors Media Day on September 25, 2022 in San Francisco.
(Ezra Shaw/Getty Images)

It’s the first time the Warriors have visited the White House since their 2015 championship when President Obama was in office.

«On behalf of the Warriors, I want thank you president biden and Vice President Harris for the invitation to come to the White House today to celebrate our championship of a year ago,» head coach Steve Kerr said Tuesday at a White House news conference. «It’s a great reminder of what lucky we are to be Americans. , to live in a country where we can pursue our dreams and enjoy the fruits of our labor and the celebration of everyone around us.»

Kerr said he participated in a White House roundtable on gun violence and gun safety, a topic Kerr has spoken about openly in the past.

«Over the past hour, we’ve learned a lot about what this administration is doing to help create a safer environment in our country,» Kerr added. «Something that is very close to my heart. And it’s wonderful for me to learn so much more than I knew.»

Curry, who was voted the Most Valuable Player of the NBA Finals for the first time, he thanked the administration for bringing WNBA star Brittney Griner back to the United States after her February arrest at a Moscow airport.

«A great opportunity for us on behalf of the basketball community to thank President Biden and his staff for all their hard work and diligence in obtaining brittney griner house«Curry said Tuesday.

«It means a lot to know that she’s here, home safe with her family. And all the work that went into behind the scenes to make that happen.»

Griner was released from Russian custody in December after spending roughly 10 months in a Russian prison after bringing vape cartridges containing cannabis-derived oils through a Moscow airport.

She was traded for a convicted Russian arms dealer, Viktor Bout.