Nairo Quintana: retirement, the only path left for him? Analysis – Cycling – Sports 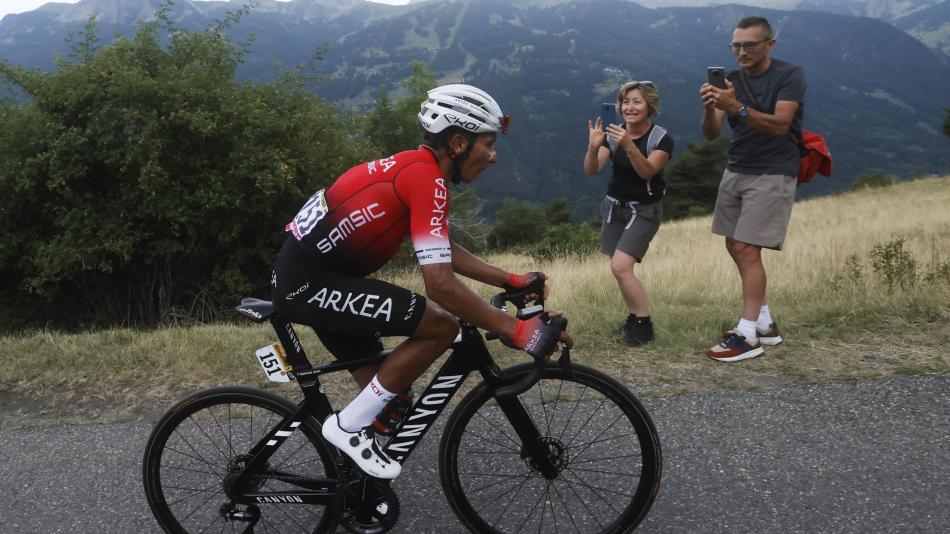 A nairo quintana The options to continue pedaling are closed. It seems that those two analyzes that showed the substance tramadol in the Tour de France passed and led to the disqualification of his sixth place were the beginning of a tough stage that he has not been able to finish.

The Boyacá cyclist received notification of his punishment from the International Cycling Union (UCI) and appealed to him Court of Arbitration for Sport (CAS), who ratified the decision. That hurt him.

(Shakira, to the attack, again to the balcony and with a message, to Piqué?)
(Nairo Quintana’s father speaks for «intentions» to retire from cycling)

The shocking statements I deliver Roger Legay, president of the Movement for Credible Cycling (MPCC)a TIME They were like a knockout that sent Quintana to the canvas, from which it will be difficult to get up. Legeay assured that Nairo «did not respect international standards and for this reason he was convicted by the UCI and confirmed by the TAS.»

What ensures that the leader of the MPCC has generated a series of reactions and decisions compensated in the previous days.

What Legeay said was strong, so much so that there is even talk that Nairo would announce his retirement this Wednesday, as assured by the Ciclismo en grande channel.

Quintana’s work team called a press conference in Bogotá, but did not give details of the subject to be discussed, for which several media outlets affirmed that he would announce the end of his career at it.

Luis Quintana, Nairo’s father assured EL TIEMPO that he knows nothing about the possibility of his son’s retirement, although he did say that «a long time ago» they discussed this possibility as a family.

Last week the recruitment fell with the Corratec Teamof the second division, who had some interest in having him, according to what his manager told EL TIEMPO, Sergio Parsani. Later, when Corratec was invited to the Giro d’Italia, Parsani himself told Antena 2 that Quintana’s arrival was impossible.

It is clear that violating the UCI regulation with the subject of tramadol, which is not doping because that substance is not on the list of the World Anti-Doping Agency (WADA)It had brought negative consequences to the 2016 Vuelta a España champion.

His challenge to the UCI by appealing to the CAS was also not well received and he later concluded rumors that ASO, the organization of the Tour de France, pressured the teams not to hire him, something that could never be confirmed.

Nairo is not suspended, he has everything in order to continue racing, but the teams cannot risk having a cyclist with two records of investigations into the use of prohibited substances, since it must be remembered that in 2020 his room was raided by the French Gendarmerie.

Nairo has no place in the your worldr, took an interest in it, but it had to be a serious inconvenience. A place in the Proteam category was ideal, but of the 18 teams that take part, 15 are affiliated with the MPCC, which has clear rules and «are not flexible», as Legeay put it.

And if we talk about the Continental teams, well, Quintana was not going to move to a lower category, because in a short time to go from running the big three to only playing local competitions was crazy, but anything is possible.

In this last group are squads like the Team Medellinwho twice insisted that he sign, GW Shimano-Sidermec and Colombia Pact for Sport.

Nairo is against the wall and that decision to leave seems to be making its way, although we have to wait for him to confirm it, but it is clear that retirement is not the only path that remains for him.
(Shakira and Piqué make a ‘truce’ for their son’s birthday: this was the celebration) (Dani Alves’ wife collapses: heartbreaking message after prison change)