Modeste M’Bami, the only African to play in Millionaires, died – Colombian Soccer – Sports 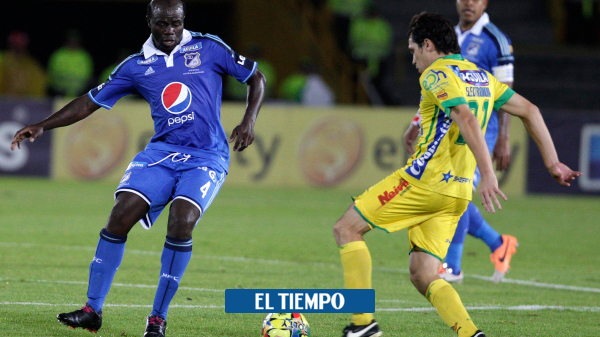 The Cameroonian was in the team in 2014, on the recommendation of Juan Manuel Lillo.

Modeste M’Bami, Cameroonian player who played in millionaires in 2014, he spent this Saturday in Le Havre (France), at just 40 years of age.

M’Bami, born on October 9, 1982, arrived unexpectedly at Millos at the request of the then team coach, the Spanish Juan Manuel Lillo, who had directed it in Almería.

The only African to wear the Millonarios shirt showed good conditions, but his time at the club was short: he barely played 14 games and in mid-2014 he went to Le Havre in France. In that city he settled since his retirement from soccer, in 2016.

This was the career of Modeste M’Bami

He started his career at the Kadji Sports Academy in his country and then went through Dynamo Douala, before jumping to Europe. He was in Sedan Ardennes, paris saint germain and Olympique de Marseille, in France, and Almería, in Spain.

Then he played for Changchun Yatai, in China, and for Al Ittihad, in Saudi Arabia, from where he joined Millionaires. In addition, M’Bami was part of the Cameroonian team that won the gold medal at the 2000 Sydney Olympic Games, which defeated Spain in the final in penalty kicks.

M’Bami will spend this Saturday in France. According to reports, he died from a stroke.