Manga Escobar in Colombia: he says he was going to die for a conviction for rape – Colombian Soccer – Sports 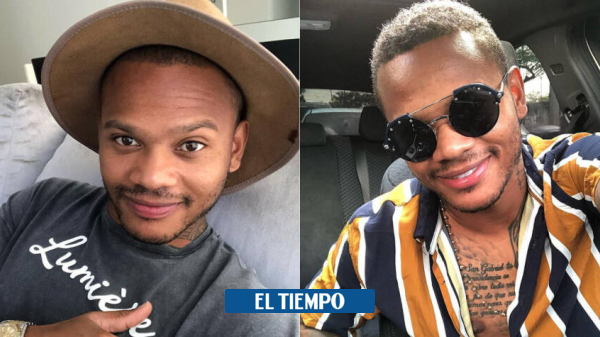 Andres Ramiro ‘Manga’ EscobarWhose sentence to two and a half years in prison in Iceland for the crime of sexual abuse was ratified in September, is back in Colombia.

The former soccer player for Deportivo Cali, Atlético Nacional and Millonarios, among other teams, was sentenced to two and a half years in prison for allegedly taking advantage of a drunken woman, according to Icelandic media reports.

Now, thanks to what the player defines as a humanitarian agreement, ‘Manga’ is in Cali. And from there he ruled on the case that, he says, is still open, and has generated a lot of disagreement.

(Details of the case: Andrés ‘Manga’ Escobar: sentence for sexual abuse of a woman in Iceland ratified).

‘I was going to die’

“I am at home, in Cali. Fortunately an agreement was reached and I was able to leave. I arrived in Cali a month ago, I am very happy with my family (…) The case is still open, but there was a settlement for human rights. What they did to me was illegal, they took my passport and left me to die in the street,» Escobar said in dialogue with the program ‘Deporte sin Tabujos’, from the capital of Valle del Cauca.

«The process is still open, but Iceland is not part of the European Union, and I don’t have a problem with justice here in Colombia either, so that’s what leaves me alone (…) I left a lawyer there, but I don’t give much importance to that because the one they committed with me was extremely big.. I asked the government for help from all sides, to help me for human rights, the truth was I expected more from them and they solved it for me and today I am here”, Escobar pointed out.

Questioned about the agreement he had reached with the Icelandic courts, Escobar said that it was thanks to the intervention of Gustavo Quijano, from the Colombian Association of Professional Soccer Players, and a couple of outsiders.

“That was two months ago. It was a matter of survival. There came a time when I was going to die, they told me to leave, but they were not going to give me my passport. I don’t even know how I got out (…) Quijano helped me a lot, the one from the union. I also met a friend who was very supportive of Millionaires who had contacts in Iceland and Spain and thanks to him I was able to get out, ”she explained about the alleged agreement.

(Also: Mourning in sport: cyclist who spent 24 years in a coma after an accident died).

“With the background you’ve had, plus this, I expected to feel singled out, but he received support from the people. That fills me with great pride and joy. The only thing I want is to continue playing, I wait for an opportunity, leave behind and let me play (…) thanks to my work I am calm, but if I can continue playing it would be the best for me», Escobar said about what he expects for his future, in conversation with the medium in question.

Regarding a specific team, ‘Manga’ spoke about Cali, where he assures that he is training, despite being a «free player».

«With Cali there were approaches, the president told me the situation of the club, that there was no money and I told him, «You know that in Cali I even play for free». I told him that what I need most is to play, to help the club. We had a meeting in his office and we were waiting for him to call me, so far he hasn’t called me and I’m waiting, but I’m very grateful, «concluded ‘Manga’.