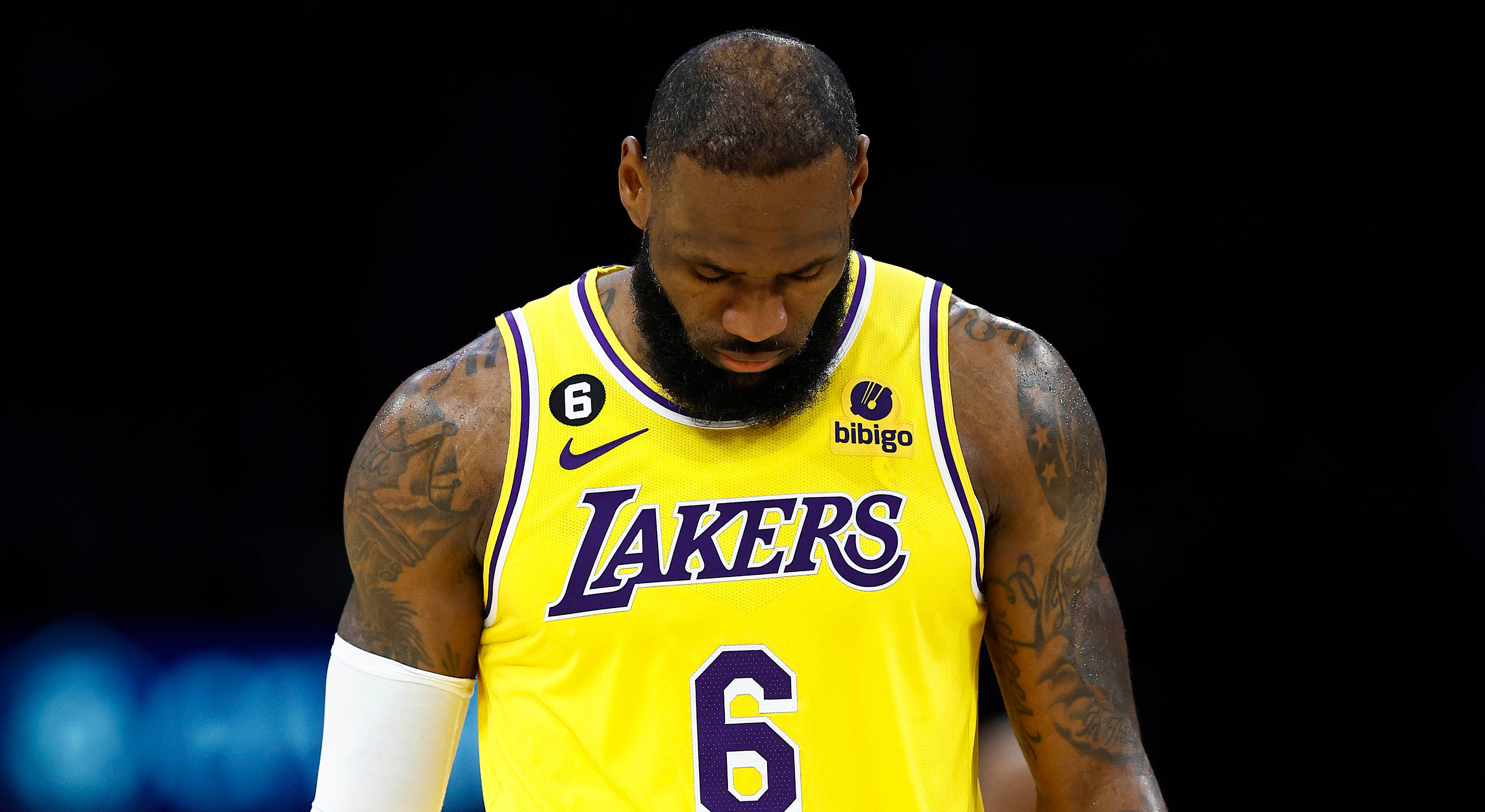 At 38, LeBron James is doing things with the Los Angeles Lakers that are rare for someone in his 19th NBA season.

However, his Lakers are just 22-26, and it could be affecting him a bit.

On Tuesday night, James was exceptional, going 16-for-29 from the field, including nine 3-pointers, for 46 points with eight rebounds, seven assists, two steals and one block against the Los Angeles Clippers.

LeBron James #6 of the Los Angeles Lakers drives to the basket during the game against the LA Clippers on January 24, 2023 at Crypto.Com Arena in Los Angeles, California.
(Adam Pantozzi/NBAE via Getty Images)

The only problem is that the effort was a blowout as the Clippers won, 133-115.

James was also seen on the bench during the game looking quite dejected. In his defense, a stat line like that usually leads to a win, but not in this case.

Despite James averaging 30.2 points per game with 8.5 rebounds and 6.9 assists while shooting 50.9% from the field, the Lakers are ranked 13th in the Western Conference standings, which is not what James wants to see from his team after missing the playoffs last season. after going 33-49.

There’s still time left, the Lakers are only a couple of games away from at least the tournament entry, but James’ efforts haven’t mattered in several games this season.

LeBron James #6 of the Los Angeles Lakers dribbles the ball during the game against the LA Clippers on January 24, 2023 at Crypto.Com Arena in Los Angeles, California.
(Andrew D. Bernstein/NBAE via Getty Images)

For example, only one other starter, center Thomas Bryant, had double-digit points with 15. Russell Westbrook came off the bench and scored 17, which was the same points combined for the other three starters: Troy Brown Jr., Patrick Beverley and Dennis Schröder.

What could go a long way is bringing Anthony Davis back into the fold, which is expected to come Wednesday night in back-to-back games for the Lakers. They will face the San Antonio Spurs at home.

Davis has been out for the past five and a half weeks with a fractured bone spur and stress reaction in his right foot, leaving others to pick up the slack. But no one has come close to averaging his 27.4 points and 12.1 rebounds per game in his 25 games this season.

The Lakers have been 10-10 since Davis was out.

While Davis will be on a minute restriction – expected to see 20-24 minutes on Wednesday night – it will be a huge improvement for James and the Lakers as they hope to get back on track after losing five of their last eight games. .

LeBron James #6 of the Los Angeles Lakers in the second half at Crypto.com Arena on January 24, 2023 in Los Angeles.
(Ronald Martinez/Getty Images)

For James specifically, perhaps efforts like the ones we saw Tuesday night won’t be wasted.