LAAC 2023: Juan Velásquez, best Colombian after round 3 – Other Sports – Sports 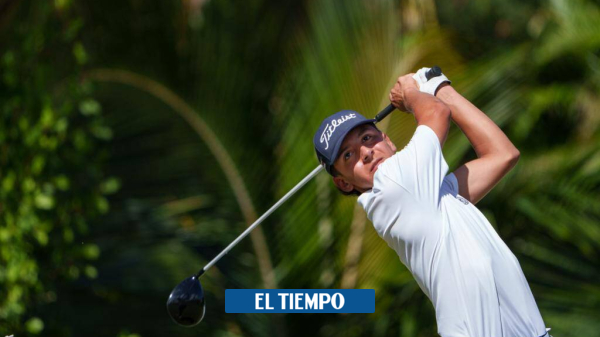 The third round of the Latin American Amateur Championship in Puerto Rico, with 5 Colombians in the dispute, and dominated by the Argentine matthew fernandezwho is the leader of the tournament.

This Saturday, the best Colombian golfer was Juan Velasquezwho had a great round of -7, to be located in ninth position, with -6.

Velásquez analyzed his performance in this great third round. «I felt very comfortable, I started very well, I felt that I was giving myself all possible chances and with the putt I was making them, in the second round I knew how to hold on and everything went very well,» he told LAAC.

The Colombian, who is playing his first LAAC, is getting ready for what is to come on Sunday. «I’m going to try to continue like today, whatever comes out but with the mentality of starting well and maintaining myself».

In addition, among Colombians Juan Camilo Vesga it was ranked 17th, with -3. Below, manuel merizalde is 29 with field par.

matthew fuenmayor, the leader of the first day, is in 35th place with +1. And in position 42, carlos rodriguezagainst +2.

The Argentine Fernández is the leader with -18, 4 shots behind his pursuer, the Mexican Luis Carrera.

the Colombian Daniel Faccini He will be removed on Friday before his round due to health problems for which he was sent to the country.

This Sunday the champion of LAAC 2023 will be known, the most important amateur tournament in the region and which awards the quota to play the Augusta Masters, the British Open and the US Open.