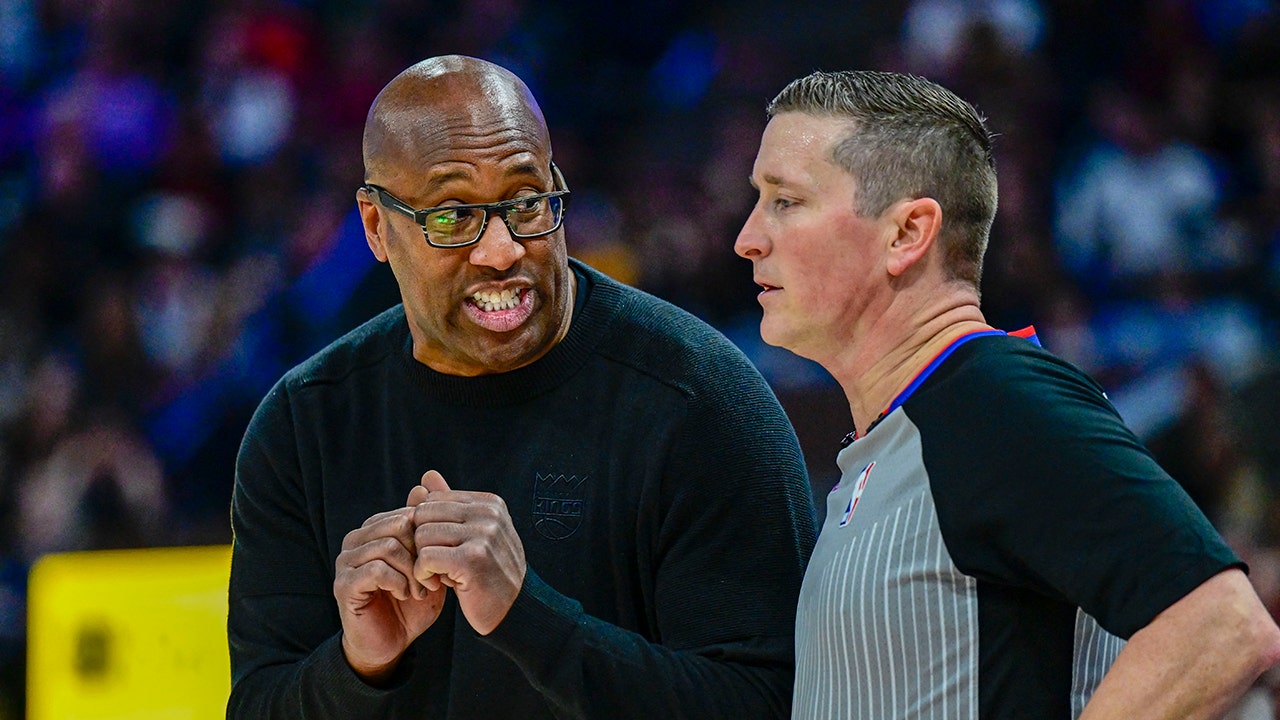 The Sacramento Kings have been the surprise team in the Western Conference this season, sitting three games over .500, as the year begins to pick up its pace and speed toward the playoffs.

The Kings’ performance has been boosted by great years from De’Aaron Fox and Domantas Sabonis, who have remained healthy for most of the season. Fox is averaging 23.8 points, 6 assists and 4.5 rebounds per game and Sabonis is averaging 18.7 points, 12.4 rebounds and 6.8 assists per game.

In the first round of fan voting for the NBA All-Star Game, neither Fox nor Sabonis (or any other Kings player) made the top 10. games, he ranked tenth on the frontcourt list with 245,985 votes.

Kings coach Mike Brown took issue with how the first round of fan voting played out.

«Those fans don’t know what they’re talking about,» Brown said Monday before the team’s 136-111 win over the Orlando Magic by the Sacramento Bee.

Sacramento Kings head coach Mike Brown discusses a call with a referee in their game against the Utah Jazz during the fourth quarter at Vivint Arena in Salt Lake City on January 3, 2023.
(Christopher Creveling-USA TODAY Sports)

The Kings haven’t finished a season above .500 since the 2005-2006 season. It was also the last time they made the playoffs.