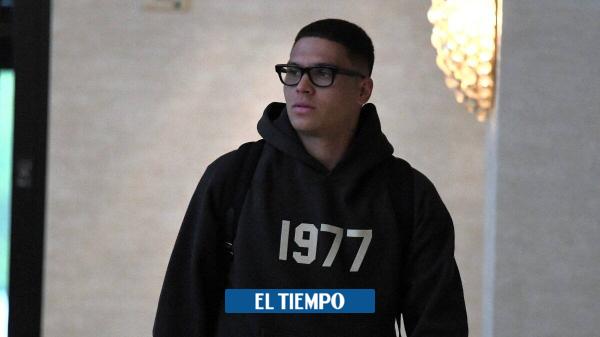 The possibility that Juan Fernando Quintero I arrived to Junior from Barranquilla it’s open. The player appeared surprisingly in the capital of the Atlantic this Friday to negotiate a possible arrival at that club.

Quintero met that same night with Alexander Char, member of the family that manages the Junior, and with the sports manager of the club, Héctor Fabio Báez, in a restaurant in the north of Barranquilla.

At the end of the meeting, the same player affirmed that «There is nothing yet» in the midst of a smiling face and the siege of the fans, who asked that his arrival come true soon.

According to information from journalist José Hugo Illera, Quintero returned to Medellín again after the meeting and added: «The negotiations are advanced, this does not mean that the arrival of the 10th is already confirmed, we have to wait.»

The issue of Quintero’s arrival at Junior goes through economics and Alejandro Char himself recognized it before the meeting. «We are going to talk to him. We would all like to, but it is not easy,» said the director. “Who does not want to have Quintero here with us, it is a dream. Economically, I am honest with you, it is not easy, ”he added.

Why Quintero did not stay at River Plate

Quintero did not continue in River due to a macroeconomic issue: the dollar exchange rate did not benefit him. “The difficulty is that, due to his status as an Argentine resident, since he has been in the country for a year, the Millionaire cannot send foreign currency abroad for the purchase of economic rights since the Central Bank does not allow it. Until now, the only viable way is to deposit his salary in a national account, although the amount in dollars would automatically be transformed into pesos, at the official value ($182), and it would not be beneficial for the midfielder,» explained TyC Sports.

The player also has an offer from Flamengo, the current Copa Libertadores champion. According to the journalist diego rolls, The Brazilian club offered him a three-year contract and would pay him two and a half million dollars annually.

The multi-million dollar contract that Quintero has in Junior

Rueda make sure that Junior’s offer is not far from those figures, so if his arrival at Junior is confirmed, it would be the highest contract in the entire history of Colombian soccer.

If Junior matches the offer, Quintero would earn more than 200,000 dollars a month, that is, around a billion pesos every 30 days, a contract that even very few people in the country have.

For now, Quintero will have a new conversation with the directors of Flamengo this weekend and then he will make a decision about his career.