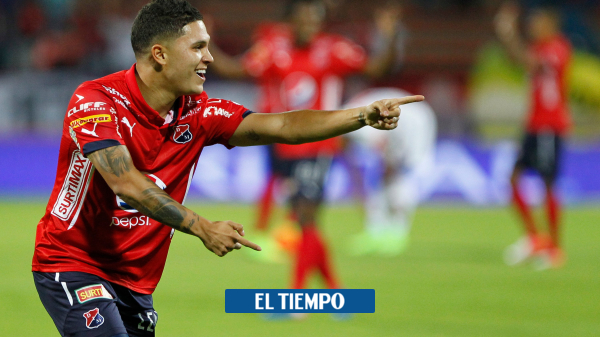 Juan Fernando Quintero He had a sound of return to Colombian soccer in 2017, to take a second wind after a bump in his professional career. After a spell without much shine for Rennes, France, made with the team of his heart, Independiente Medellín.

A year at DIM allowed him to relaunch his career. He played in the Copa Libertadores, in which, in the match against River Plate, Marcelo Gallardo saw him, and they officially played with River Plate there. In 2018 he returned to the National Team to play in the World Cup in Russia and that same year, with his goal in the final, River won the Cup from Boca.

Quintero finished his second stage with River on December 31, not as brilliant as the first, and press reports spoke of an alleged interest from Flamengo, the current Libertadores champion. And there were also some flirtations on social networks for a possible arrival at Millionaires.

What Quintero did rule out was a return to Atlético Nacional, where he played in 2012. «I don’t think they want a Medellín fan,» he was honest.

Now, Quintero could return to Colombian soccer. Journalist Jose Hugo Illera He anticipated that the player was in talks with Junior.

«They tell me that Juan Fdo Quintero will arrive in Barranquilla today to personally negotiate his relationship with Junior de Barranquilla,» Illera wrote on Twitter.

The version was established and Quintero arrived at the club’s offices on Friday night to seek an arrangement and play Colombian soccer again. In the accumulated league he has 81 games and 19 goals.

A few minutes later he arrived at the headquarters of Junior Alejandro Char. «We are going to talk to him. We would all like to, but it is not easy,» said the director. “Who does not want to have Quintero here with us, it is a dream. Economically, I am honest with you, it is not easy, ”he added.

Quintero will be 30 years old on January 18. In Colombia, in addition to Nacional and Medellín, he played in Envigado, where he began his career in 2010 and where he spent three years. He also passed through Pescara, from Italy, and Porto, from Portugal.