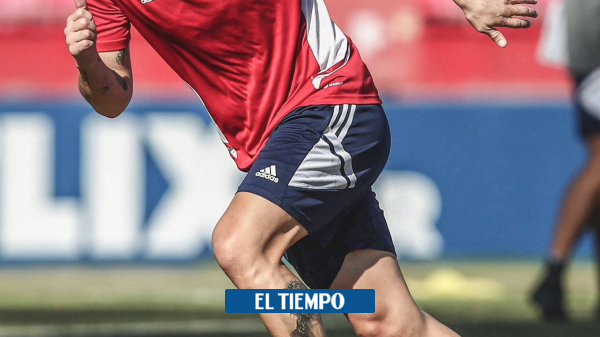 The Colombian had been starting Olympiacos.

olympiacos announced the list of players called up for this Wednesday’s game of the greece cup and the citation does not include the name of James Rodriguez.

The Colombian lived bittersweet moments in his first game of 2023. The Colombian ’10’, starting with Olympiacos last Tuesday against Ionikos, had an acceptable performance, but failed to make a difference.

(James Rodríguez, ‘I tell him to retract’: accurate request by Freddy Rincón)
(Shakira returns: «A wolf like me, she’s not for guys like you», dart Piqué?)

And this time, the DT did not take it into account for the return commitment against the Atronitos of the Greek Cup.

Because it is not?

The reasons are not known. James came out in the meeting of the super league 67 minutes into the game, but there was no evidence of physical discomfort.

The Greek media talk about the midfielder from Cucuta not being on the list, since the confrontation is almost defined for Olympiacos.

Rodríguez’s club won the first leg 1-4, so his move to the next phase is not guaranteed, but it does settle at a good percentage.
(Teófilo Gutiérrez: criticism for Messi’s shirt raffle, no prize awarded) (Cristiano Ronaldo: they reveal the money he earns and a ‘secret clause’)