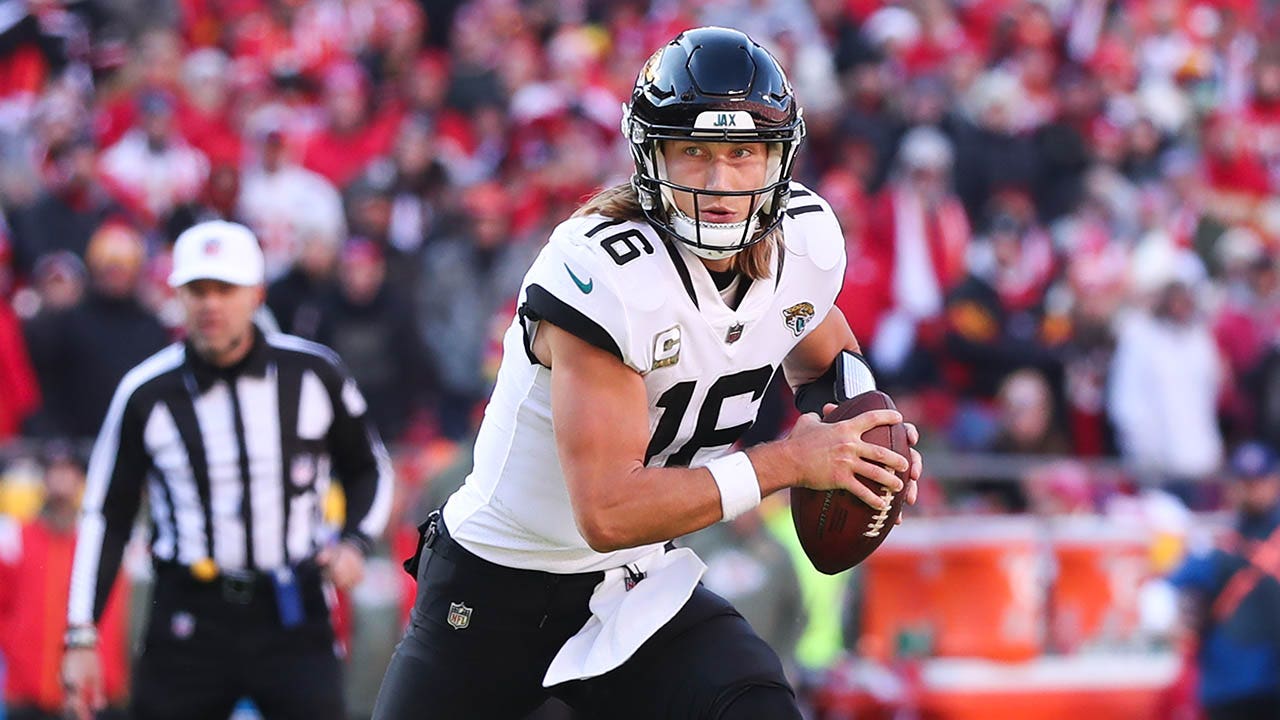 Arrowhead Stadium is known for being one of the loudest stadiums in all of sports.

However, Trevor Lawrence says whatever Chiefs fans bring Saturday will not come close to the atmosphere in Jacksonville last weekend.

Jacksonville Jaguars quarterback Trevor Lawrence looks for a pass in the third quarter of a game against the Kansas City Chiefs on November 13, 2022 at GEHA Field at Arrowhead Stadium in Kansas City, Missouri.
(Scott Winters/Icon Sportswire via Getty Images)

«I can’t imagine it being much louder than our fans were here on Saturday, honestly,» Lawrence told reporters on Wednesday.

The second-year quarterback acknowledged that the Kansas City crowd is «obviously … one of (the best), if not the best in the NFL.»

The Jaguars hosted their first playoff game in almost five years on Saturday and came back from a 27-0 deficit to defeat the Los Angeles Chargers, 31-30. Naturally, TIAA Bank Field was booming.

It was Jacksonville’s second straight late comeback. The week before, they recovered a fumble late in the fourth quarter to win the AFC South over the Tennessee Titans when a loss would have seriously hurt their chances of making the playoffs.

Trevor Lawrence (16) of the Jacksonville Jaguars runs for yardage in the second quarter against the Kansas City Chiefs at Arrowhead Stadium on November 13, 2022 in Kansas City, Missouri.
(David Eulitt/Getty Images)

Lawrence has seen his share of hostile environments having played in two college national championship games and another College Football Playoff semifinal.

The Jags and Chiefs met in Arrowhead on November 13 with the Chiefs posting a 27-17 victory. Lawrence passed for 259 yards and two touchdowns that afternoon, completing 29 of his 40 passes. He was outdueled by Patrick Mahomes, who threw for four touchdowns and 331 yards.

The Chiefs are looking to reach their fifth straight AFC Championship Game, and the Jags will be looking to do so for the first time since 2018.