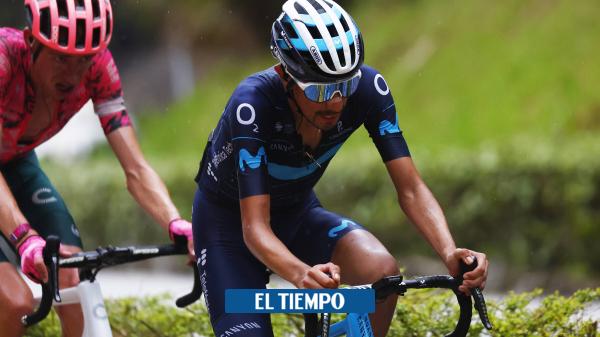 The rider claims to have been hit in the face with a weapon.

Ivan Ramiro SosaThe cyclist who denounced being attacked by a truck driver this Thursday, January 5, on the Bogotá-Girardot highway, spoke for the first time about the incident that ended up leaving injuries at the level of his jaw.

This Thursday, before noon, Sosa carried out his training sessions on the Bogotá-Girardot highway as normal. However, after twelve o’clock, the Movistar team rider had an incident with the driver of a tractor-trailer, who caused him a chin injury, apparently due to a blow caused by a firearm, according to the Cundinamarca Police report.

(You can read: Iván Ramiro Sosa: the wounds on his face after the attack by a truck driver).

Police reported that they seized a revolver-type firearmdelivered voluntarily, that «has the documents required for its carriage».

The truck driver alleged that Sosa «threw water at his face, and caused damage to the vehicle in the front panoramic glass, apparently with a blunt object (stone),» according to the police report.

Now, through his Instagram account, the reigning Tour de Langkawi champion spoke to give some peace of mind:

«I want to thank you for all the support and expressions of affection that you have received in the last few hours. Luckily, everything has been a scare, but I feel fine«, Sosa pointed out in his Instagram stories.