Growth Colombia: GDP would slow down according to the World Bank – Sectors – Economy 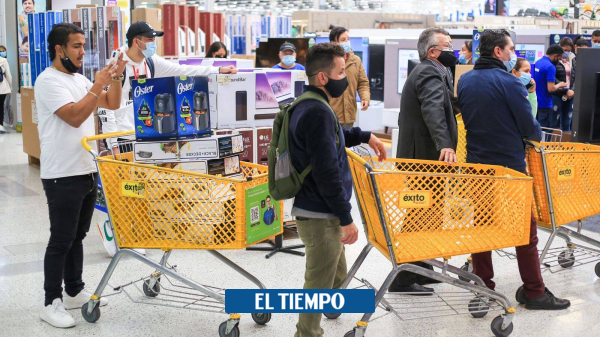 High inflation coupled with rising interest rates, reduced investment and disruptions caused by Russia’s invasion of Ukraine the world economy is slowing down to such an extent that in the face of any adverse event it could be close to recession in 2023.

This is what he assured world Bank in a recent report, in which it cut its global growth projections for the moment to 1.7 percent for this year, the third weakest growth rate in almost three decades, eclipsed only by the global recessions caused by the pandemic and the financial crisis.

(You can also read: Vice Minister of Energy could leave office due to tension with Irene Vélez)

According to the agency, the sharp slowdown in growth would be widespread: Forecasts would be corrected downward for 95 percent of advanced economies and nearly 70 percent of emerging markets and developing economies.

According to the agency’s report, growth in advanced economies is expected to slow from 2.5 percent in 2022 to 0.5 percent in 2023. In the case of the United States, growth would fall to 0.5 percent. this year, 1.9 percentage points below previous forecasts and the poorest performance outside of official recessions since 1970.

The slowdown in Latin America

Latin America and the Caribbean It will not be the exception and it is expected to slow down markedly to 1.3 percent in 2023, to recover a little, to 2.4 percent, in 2024.

This slowdown reflects both the efforts of the monetary authorities to control inflation and the secondary effects of a difficult global outlook. Additionally, the somewhat slow growth in the United States and China could reduce demand for exports.

Although some Caribbean countries will have a stronger expansion, the large economies of the region will not grow as much in 2023. For example, the Mexican economy will expand by only 0.9 percent or the Brazilian by 0.8 percent. Even for Chile, a contraction of 0.9 percent is projected because the drop in real income would erode consumption.

In the case of Colombia, the world Bank it projects that its growth would weaken significantly and would go from growing 8 percent in 2022 to only 1.3 percent in 2023 (1.9 points less than expected in June). If materialized, the difference between one year and another would be 6.7 points.

Specifically, the international organization expects the Colombian economy to slow down as the increase in activity that will accompany the reopening of pandemic restrictions decreases and that monetary policy remains restrictive amid high inflation.

The World Bank expects Colombia to grow 1.3 percent in 2023.

This is how much the countries of the region would grow in 2023: