Gilinski: this is the new chapter in the dispute for control of Sura – Companies – Economy 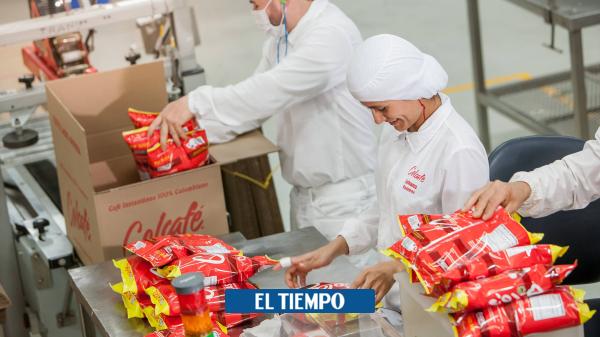 Sources from Grupo Sura consulted by the British media financial times spoke of supposed favoritism of the governments of Iván Duque and Gustavo Petroas well as the regulatory authorities of the Colombian market, in the strategy of the Gilinski family to gain control of the Nutresa and Sura groups,

In an article published this Sunday on the website of the London newspaper, an account is made of what has been this bid between two large financial and business conglomerates that has already knocked on the doors of the judicial stands.

The journalistic note indicates that «executives and shareholders of Sura allege that the Gilinskis enjoy a cozy relationship with current and former Colombian presidents Gustavo Petro and Iván Duquehelping them obtain favorable regulatory decisions.”

In turn, the publication points out, both the former president and the current president denied, through their press offices, any participation or favoritism in the decisions of the market regulatory entities, which had adhered to the provisions of the law .

In their defense, the Gilinskis responded that Grupo Sura’s directives were out of context and that they used to blame others for their failures, according to the same newspaper that, citing the words of gabriel gilinskywho has a seat on that organization’s board of directors, reportedly said: «The same managers who gleefully rang the bell on the local stock market while issuing billions of dollars of stock, mostly to local pension funds to fuel their ventures.» of empire building, now they say that the market does not work”.

(You may also be interested in: Investing in the short term, in the face of a landing economy)

In the article in question, it is also warned, in addition, that some of the tactics used by the Gilinski in their purpose of gaining control of the crown jewels of the so-called Antioquia Business Group (GEA)such as launching public purchase offers (opas) of shares that are increasingly aggressive in price, have been highly controversial, something that, although it is not illegal in Colombia, is not allowed in other markets.

And he cites Sergio Galvis, Sura’s US legal counsel at Sullivan & Cromwell, who said: «In the US, it’s hard to imagine anyone getting away with making successive public offerings at ever-rising prices.»