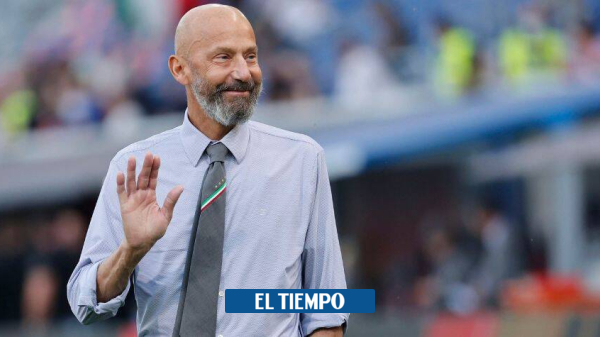 Throughout his career, the Italian captain, Gianluca Vialliwho died this Friday at the age of 58, won the biggest soccer trophies, scored goals with his team and, already directing from the bench, even caused a good luck «charm» for his friend Roberto Mancini.The footballer has died in London due to a pancreatic tumor that he had suffered from since 2017.

Mourning for the death of the striker

Vialli was born on July 9, 1964 in northern Cremona, where he would start his successful football career in his youth: his first elastic was for the local team, Cremonese.

At the age of 20, in 1984, he took a step forward by signing for Sampdoria, where he made a name for himself over eight seasons in which he won a «Scudetto», three Italian Cups, an Italian Super Cup and playing in a League final. Champions, lost at Wembley against Barcelona.

In 1991 he was also crowned as the top scorer in Italian Serie A. But the summit of «calcio» awaited him not far away, at Juventus in Turin, a team in which he would serve for four seasons that earned him his second «Scudetto», an Italian Cup, another Supecopa and a UEFA Cup.

But also the most important, his first «Orejona», as captain on that night in which the «Vecchia Signora» defeated Ajax in the Roman final of the Champions League, in a penalty shootout.

(You can read: James Rodríguez: the scandalous devaluation of the ’10’ of the Colombian National Team).

This would be his springboard to the Premier League and in 1996 he took a plane and traveled to Chelsea, where he played for three seasons. It was there that in 1999, at the age of 35, he used to hang up his boots and embark on a coaching career -also at Watford- that would not bring him much success.

Although it was in the British capital where he would meet his wife, Cathryn, and start a family with two daughters, Olivia and Sofia.

The striker also exalted the Italian teamwith which he played 59 times scoring a total of sixteen goals, since his debut on November 16, 1985 in a friendly against Poland.

(Also: Luis Díaz and Liverpool: new year and same problem at the end of 2022).

Vialli participated in the World Cups in Mexico 1986 and Italy 1990 -reaching the semifinals in the latter-, and in the Eurocup in West Germany 1988, in which he also reached the semifinals. Almost two decades would pass, until 2019, for him to be part of a bench again; he did it by the hand of his friend Roberto Mancini, appointed head of the delegation of the Italian team. Only two years later he would raise a Euro 2020 after beating England, in fact playing a curious role: that of a talisman.

His figure actually became a kind of amulet during the course of the tournament, after, on the second day of the championship, the bus mistakenly left the hotel without him and had to turn around to pick him up. The positive result against Switzerland that night made the ruling become a ritual that they repeated in the rest of the matches (Wales, Austria, Belgium, Spain and England) until they were crowned champions.

His sporting achievements earned him various decorations in Italy, such as the Plaza Medal for athletic valor for his role in the 1990 World Cup; Knight of the Italian Republic and Commander for the Italian victory in the European championship to which he gave luck.

The disease that ended his life startled him in 2017forcing him recently, on December 14, to leave his position as head of the Azzurra delegation.

It is the second death that affects Italian football in less than a month, after that of the Serbian Sinisa Mihajlovic, former player of Inter, Milan or Lazio, among others, who passed on December 16 due to leukemia that he had suffered from since 2019.