Gerard Piqué; the reasons why his parents did not support Shakira-International Soccer-Sports 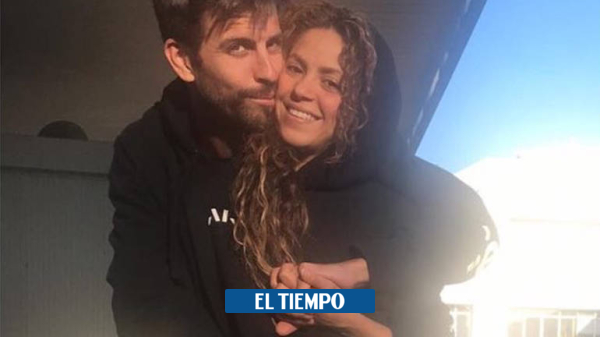 The separation of the Colombian singer Shakira and the Spanish ex-soccer player Gerard Piqué It has been a complicated, long and painful process, which has generated hundreds of pages in the entertainment media.

While Shakira begins to plan what her new life away from Barcelona will be like, Piqué continues his new courtship with Clara Chia Marti. And in it, a fact stands out: the good relationship between the young woman and the parents of the former player, Joan Piqué and Montserrat Bernabéu.

A few days ago some photographs were leaked showing Piqué’s parents sharing with Clara Chía at the ex-soccer player’s house in Barcelona. And many remembered that they had a similar behavior when Shakira was still his daughter-in-law.

Why the relationship between Shakira and Piqué’s parents cooled down

However, today the relations between Joan, Montserrat and Shakira are at one of their worst moments, to the point that they can no longer stand the Colombian and that is why Piqué’s parents prefer to wrap up their son’s new girlfriend.

The newspaper El Nacional de Catalunya records that the fracture in Shakira’s relationship with Piqué’s parents has to do, to a large extent, with one of the consequences of the separation: the Colombian was left with custody of her children, Milan and Sasha , and the conditions for Montserrat and Joan to see their grandchildren are increasingly complicated.

It should be remembered that one of the conditions of the separation agreement is that Piqué must travel to Miami to see his children. «If they do not accompany Piqué every month, they will not have the opportunity to see the children until the summer holidays, only a couple of times a year, unlike their other grandparents who will see them every day,» says the note from El Nacional, signed by C. Clarasó.

Piqué’s parents have not given any statement regarding the break between Shakira and their son. However, the conditions in which they now have to carry out the relationship with her grandchildren make the issue more complicated with the Colombian. In addition, he seems to be very happy to see the happiness of the former soccer player, which has brought them very close to Clara Chía.