Georgia’s Ladd McConkey praises Stetson Bennett after another national title: ‘He shows up in the big moments’ 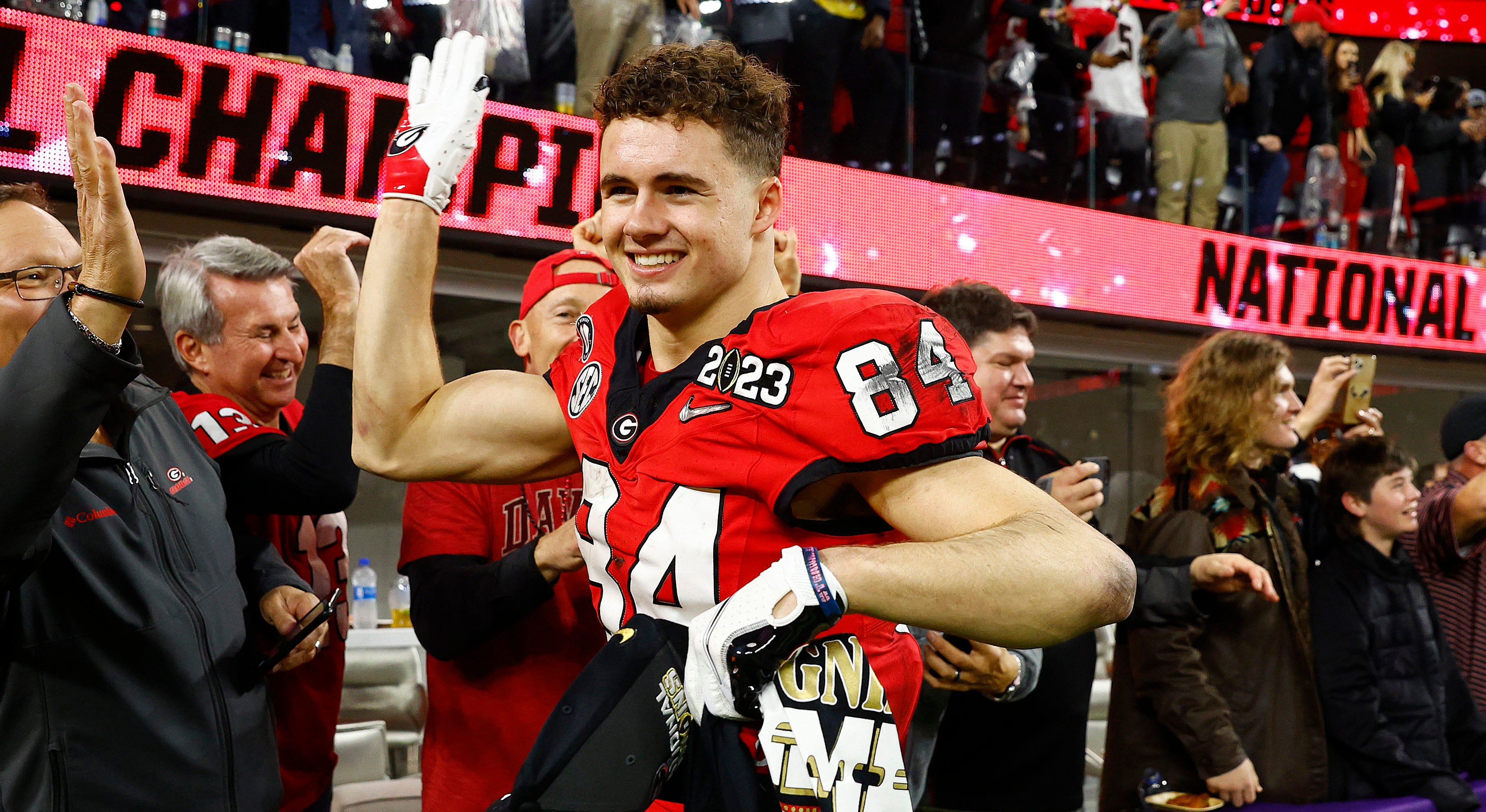 In the college football playoff semifinal, Georgia Bulldogs wide receiver Ladd McConkey was battling a knee injury that had been bothering him for the last few weeks of the season. There was no word on how he would play against TCU in the national championship game on Monday night.

The answer? Two touchdowns and 88 yards on five receptions in the Bulldogs’ 65-7 rout of the Horned Frogs.

«I feel like we started to click,» McConkey told Fox News Digital in the Georgia locker room after the Bulldogs set the new college football record for most points scored in a title game. «He brought the momentum and we kept it rolling. When they called my number, I tried to make plays.»

Ladd McConkey #84 of the Georgia Bulldogs celebrates after scoring a touchdown during the third quarter against the TCU Horned Frogs in the College Football National Championship game at SoFi Stadium on January 9, 2023 in Inglewood, California.
(Ezra Shaw/Getty Images)

Stetson Bennett, the game’s overwhelming MVP, was responsible for six total touchdowns in the game: four passing and two rushing. Bennett’s near-perfect performance prompted head coach Kirby Smart to give him a final touch just as the fourth quarter began.

«He shows up in the big moments,» McConkey said of Bennett. «You’ve all seen him all year. Tonight was no different. We’re very lucky to have him as our quarterback.»

McConkey was just a freshman when he first saw confetti fall on him last year, when Georgia beat Alabama. But with two to his credit in his first two college seasons, he knows this is a rare occasion.

Ladd McConkey #84 of the Georgia Bulldogs celebrates after catching a touchdown pass against the TCU Horned Frogs in the first half of the College Football Playoff National Championship held at SoFi Stadium on January 9, 2023 in Inglewood, California.
(Jamie Schwaberow/Getty Images)

«It’s amazing any time you can win a national championship, not once but twice. You have to absorb it all, you have to enjoy it,» he said. «It’s not something that happens often.»

McConkey finished his sophomore year with 674 yards and five touchdowns in 14 games leading up to tonight’s big win.

Can the Bulldogs make three in a row to really cement their dynasty status? McConkey’s schedule going forward could tell you a thing or two about how the Bulldogs program works.

Ladd McConkey #84 of the Georgia Bulldogs celebrates with fans after defeating the TCU Horned Frogs in the College Football National Championship game at SoFi Stadium on January 9, 2023 in Inglewood, California.
(Ronald Martinez/Getty Images)

«Coach Smart says we have a two-week layoff, we have a discretionary period, and then we’re back to work,» McConkey said.