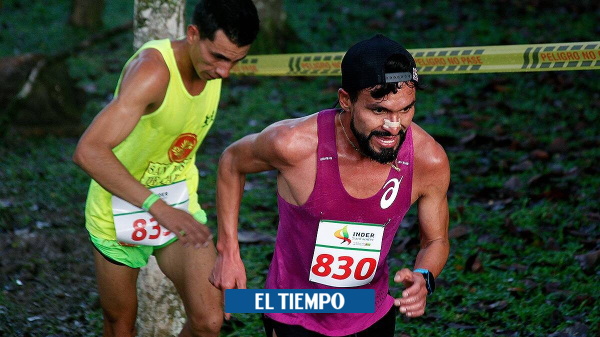 Colombia will have four representatives in the South American Cross Country Championship, which will be held in the city of Pozos de Caldas (Brazil), located about 280 kilometers from Sao Paulo, where the different teams will arrive.

The Colombian team leads it Franklin Téllez, from the Asics Elite Teamwho comes from winning for the third consecutive time in the National Championship, which was recently held in Floridablanca (Santander).

(Dani Alves’ wife explodes on social networks after imprisonment for sexual assault)
(Shakira and Piqué: composer of the song ‘he let go of his tongue’ and gave it away, video)

Laura Cusaría, from Boyacá, who also won the last two editions of the national championship, will also be in the senior category. The team is completed by the youth Pedro Marin and Laura Rojas, champions of the sub-20 category.

“Expectations for this championship are high. I am a strong road racer, but cross country is something else and requires a lot of strength and speed. I go in the best conditions and the disorder very well. I hope to do my best and represent the country in the best possible way,” Téllez said before his trip to Brazil.

Cusaría is the most experienced in the group and has as a reference the eighth place achieved in the ecuador South American, in 2019, in what was the last official participation of Colombia in this contest.

On that occasion, the men’s representatives were sebastian peraltawho finished in the ninth box, and diego vera, who came in 13th place, while among the youth players, Jaganatha Sánchez prevailed in the sub-20s. In ladies, Subhadra Sánchez, in sub-18, and Alejandra Sierra, in sub-20, finished second.

Last year, Colombia was represented only in the under-20 category, with Subhadra Sánchez and Pedro Marín finishing fifth and seventh, respectively.

The South American Championship of Brazil will be held this Sunday, January 22, at the Municipal Ecological Park – Jardín Esperanza, next to the airport of the host city, Caldas well.

The competitions will take place starting at 7:00 in the morning (6:00 am in Colombia), with the test of the ladies of the older category, over a distance of 10 km, in which Laura Cusaría will be, and later Those of the sub-18s will be held, in which Colombia will not have representatives.

At 9:30 in the morning (8:30 am from Colombia) the older men’s race will start, also with a 10 km route, in which Franklin Téllez, from the Elite Asics Team, will be debuting for Colombia in an international competition .

Finally, the juniors of the sub-20 category will have their exam after 10:30 in the morning (local time). Laura Rojas He will do a distance of 6 km, while Pedro Rojas will compete on the 8 km route.

It is worth remembering that the contest is selective for the World Championship, which will be held in Barthurst (Australia), on February 19, where the South American champions will arrive in the individual and team events.
(Statue in honor of Linda Caicedo generates criticism and ridicule in networks)