Frankie Muniz will race in the ARCA Menards Series 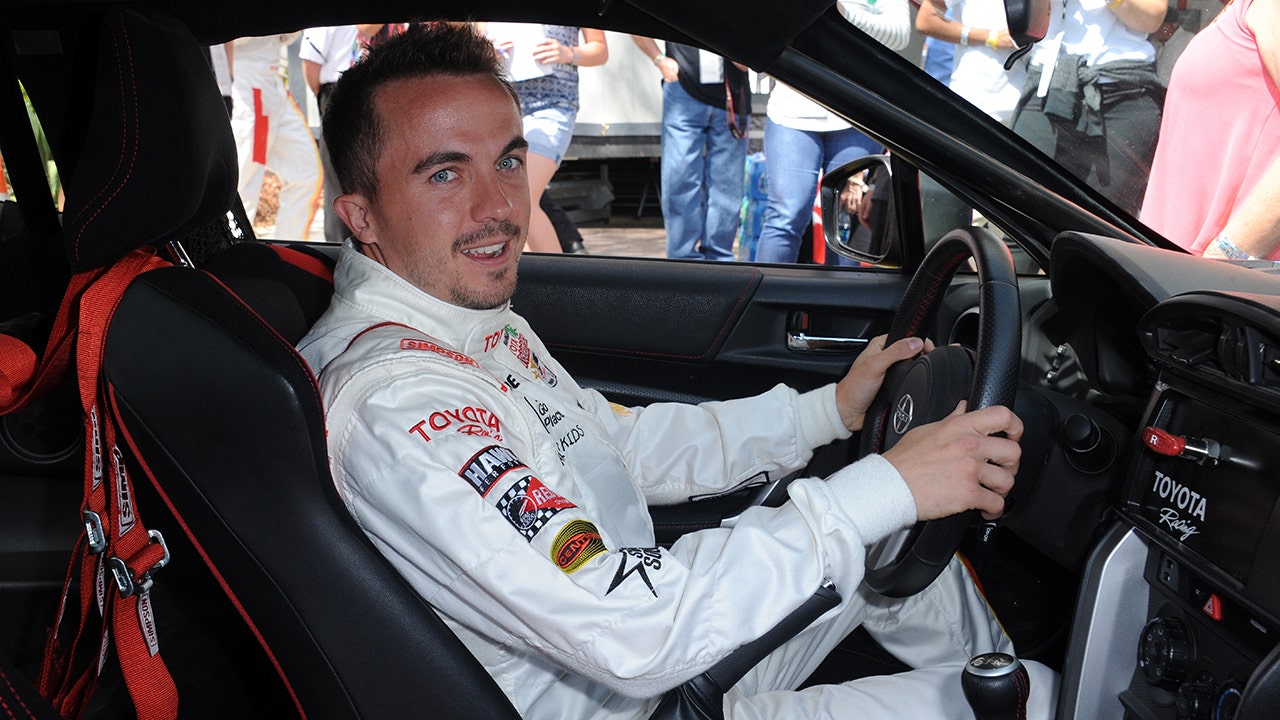 Frankie Muniz is getting dressed.

No, he won’t be donning a Superman cape or turning green like the Incredible Hulk. Muniz will don a helmet and fire suit and hop into a stock car for the 2023 ARCA Menards Series.

The «Malcolm in the Middle» star will race the No. 30 Ford Mustang for Rette Jones Racing starting at Daytona International Speedway on February 18. It will be a lifelong dream come true for Muniz.

Frankie Muniz gets out of his car after qualifying for the Toyota Pro/Celebrity Race. The race, which will take place on Saturday afternoon, marks the 40th and final of the series. Long Beach April 15, 2016.
(Brittany Murray/MediaNews Group/Long Beach Press-Telegram via Getty Images)

«It is with the utmost excitement, optimism and gratitude that I join Rette Jones Racing for the full ARCA Menards Series schedule this year,» the 37-year-old said in a press release. «Since childhood, my dream has been to compete in NASCAR, and it was important to me to partner with a team that aligned with my long-term vision and goals, while providing every imaginable opportunity to grow mentally and physically as a a whole team.» -time race car driver.

«I look forward to not only demonstrating my ability on the track and how serious I am in advancing my racing career, but also showing my son and family what it’s like to chase your dreams and reinvent yourself.»

The racing organization said Muniz was in talks with various NASCAR stakeholders for months before he decided to join Rette Jones Racing.

‘MALCOLM IN THE MIDDLE’ STAR FRANKIE MUNIZ REVEALS WHY HE LEFT HOLLYWOOD BRIEFLY: ‘PEOPLE ARE GOING A BAD ROAD’

“We are very excited to welcome Frankie Muniz to the Rette Jones Racing family for the full 2023 ARCA Menards Series schedule,” said co-owner Mark Rette. “Over the years, we have prided ourselves on working with new drivers who have quickly adapted to the diversity of the ARCA Menards Series, and we certainly believe Frankie can do the same.

«It’s not going to be easy and there will be a learning curve. But with his passion, focus and commitment coupled with the capabilities of our team, we believe we will put him in a position to compete for multiple wins in 2023.

«In addition, we are excited that because of Frankie’s profile, new audiences and fans will learn about the sport and about Rette Jones Racing.»

Muniz has had a brief racing career. He competed in the 2004 and 2005 Toyota Pro/Celebrity Race in California. He participated in more than a dozen races in the 2006 Formula BMW USA season and in 2007 participating in the Champ Car Atlantic Series.

In 2022, Muniz tested at Daytona in the ARCA Menards Series.