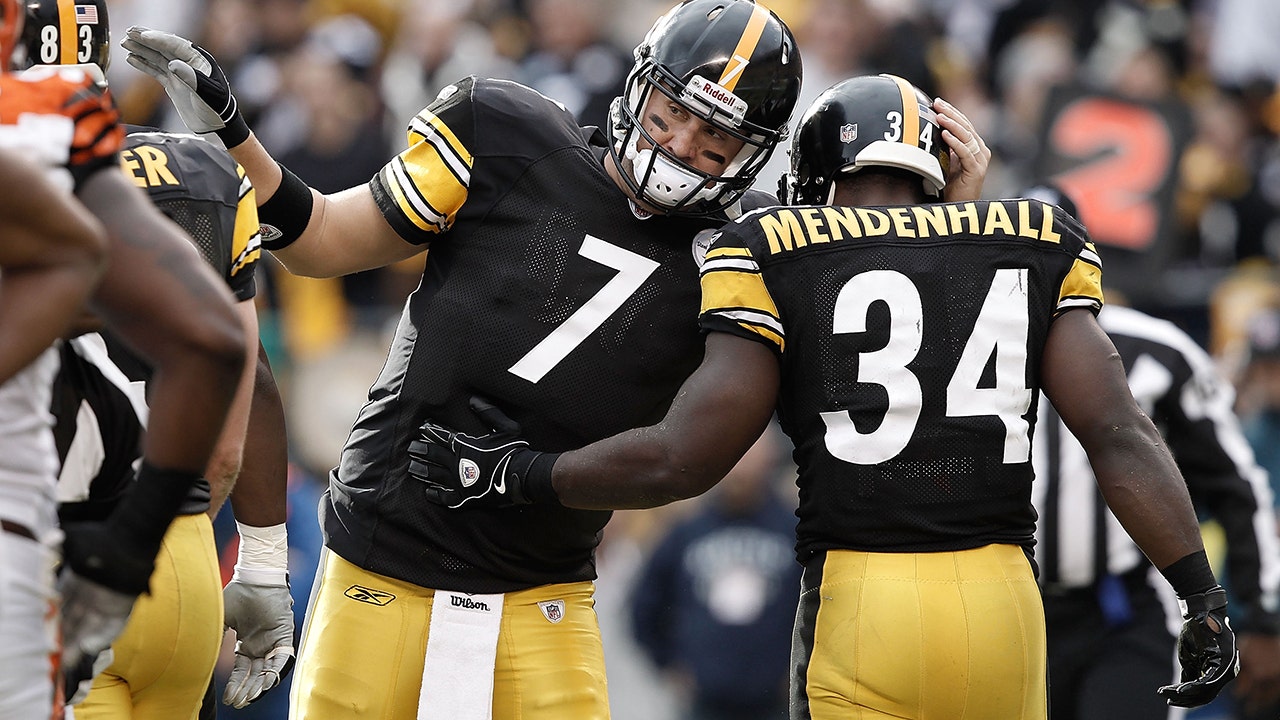 Former Pittsburgh Steelers running back Rashard Mendenhall had a few choice words for former quarterback Ben Roethlisberger on Sunday as he joked on social media with fans.

Mendenhall sparked the discussion when he posted a photo of himself from practice in a tweet that read, «Earned my stripes.» When a fan asked what he was talking about, the former running back posted a photo of a Steelers Super Bowl ring.

Rashard Mendenhall, #34 of the Pittsburgh Steelers, looks on from the sideline during the game against the Baltimore Ravens on November 18, 2012 at Heinz Field in Pittsburgh.
(Joe Sargent/Getty Images)

He then tweeted a photo of Roethlisberger.

«If @_BigBen7 is the ‘leader’ you say he is, why hasn’t HE taken credit for the fall?» Mendenhall wrote. «What manager of a company HIDES in the shadows when the results come in? We win is him, we lose is me… or Tomlin huh…»

It is not clear which «fall» Mendenhall was talking about. The team missed the playoffs this season after salvaging a 9-8 record and nearly making the postseason. Pittsburgh made the playoffs in 2020 and 2021 and eight times since the 2010 season began.

Rashard Mendenhall, #34 of the Pittsburgh Steelers, is congratulated by teammate Ben Roethlisberger, #7, after scoring a touchdown in the first half against the Cincinnati Bengals during the game on December 4, 2011 at Heinz Field in Pittsburgh .
(Jared Wickerham/Getty Images)

Mendenhall was a rookie in 2008 when the team won its first Super Bowl under Mike Tomlin. He played four games in his rookie season and his year was cut short by a broken shoulder.

Rashard Mendenhall, #28 of the Arizona Cardinals, warming up before a game against the Tennessee Titans at LP Field on December 15, 2013 in Nashville, Tennessee.
(Wesley Hitt/Getty Images)

He played five seasons with the Steelers, rushing for over 1,000 yards twice. He also spent a year with the Arizona Cardinals. In 72 career games, he’s tallied 4,236 yards and 37 touchdowns.