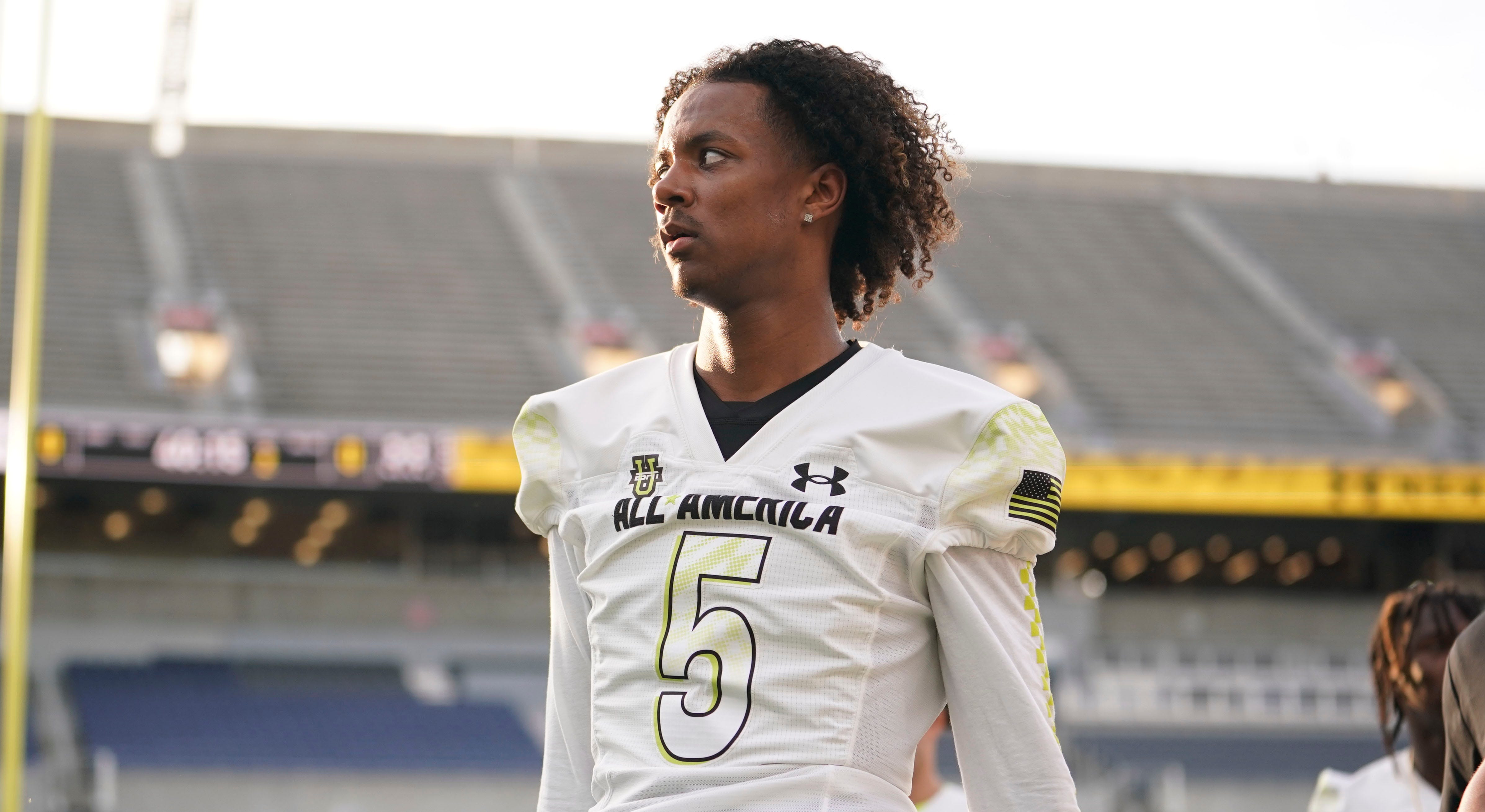 The University of Florida could be close to losing one of football’s top recruits after a $13 million NIL deal caused some controversy.

Quarterback Jaden Rashada, an All-American from Pittsburgh, Calif., is a four-star recruit who signed an NIL deal worth that huge price on Nov. 10 with the Gator Collective, The Athletic reports.

«I would venture to say that the Gator Collective is paying out more guaranteed money than any group in the country,» Eddie Rojas, a former Gator baseball player and director of the Gator Collective, said in April. «When I write a contract, I want to make sure that we actually have the money in our account.»

Florida Gators commit Jaden Rashada watches during the second half of a game between the Florida Gators and the South Carolina Gamecocks at Ben Hill Griffin Stadium on November 12, 2022 in Gainesville, Florida.
(James Gilbert/Getty Images)

It does not appear that the Rojas group had that money, since they reneged on the deal with Rashada. The Athletic claims the deal had the alleged support of one of Gator Collective’s main backers, Hugh Hathcock, who donated nearly $13 million last year.

But on December 7, Rashada received a letter from Rojas who wished to terminate their deal. While the exact reason why that happened is unclear, the Gators football program was caught off guard as they are not allowed to learn the details of NIL dealings with players.

However, Rashada is still part of the Gators’ 2023 recruiting class, but there’s still a catch: He hasn’t signed up yet.

Early spring enrollment, which is typically what top recruits do to get into the building as quickly as possible to ease the transition to college, ended Jan. 13.

And while Rashada indicated last week that he intends to go to Florida, the early registration status still leaves him in limbo.

Harlen Rashada, Jaden’s father, told 247Sports that he and his son are «figuring out a few things right now with Florida and hoping they get resolved soon.»

«I just think there’s a high level of trust on both ends,» Florida head coach Billy Napier said of Rashada when the recruiting class was announced. «I’m very excited about what he will bring to our team…I can’t praise Jaden enough in terms of who he is as a person, as a leader, his character. Jaden is a guy who came here and fell in love with the University of Florida and really connected with a lot of people here. He was sincere.»

Rashada has reportedly been offered a less than $13 million NIL deal, still in the seven-figure range, but litigation could be on the table after the Gator Collective decided to cancel the deal. That could only happen if you decide not to accept a new agreement.