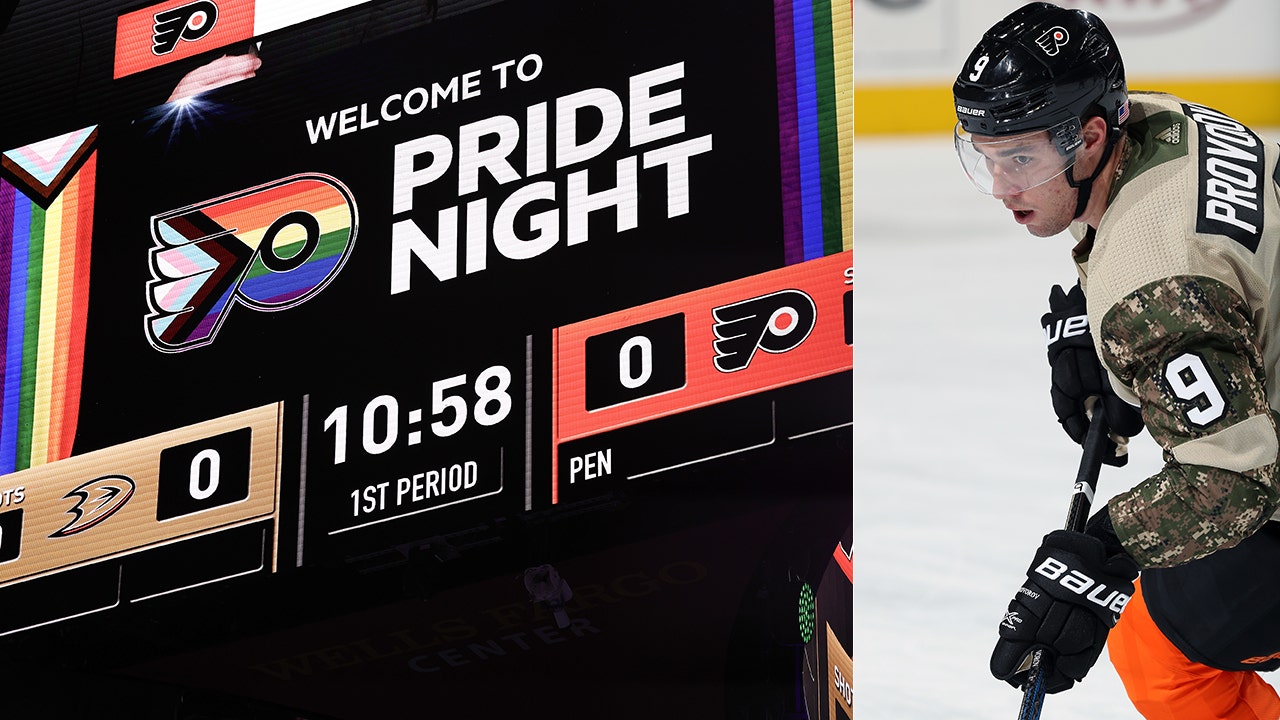 A hockey writer appeared to be upset with Philadelphia Flyers defenseman Ivan Provorov for boycotting the team’s Pride festivities on Tuesday for religious reasons while agreeing to wearing a pro-military jersey.

Greg Wyshynski, a senior hockey writer for ESPN, pointed to that notion when the uproar over Provorov’s decision reached a fever pitch on social media. Provorov did not participate in pregame warmups when the team wore Pride-themed jerseys and used sticks wrapped in rainbow Pride ribbon.

«Of course Ivan Provorov is more than happy to play dress up before the game when it aligns with his belief system,» Wyshynski tweeted.

The veteran defenseman received an immense backlash for his decision not to participate in the festivities.

MAJOR LEAGUE SPORTS WOKE UP, BUT RON DESANTIS GOT BACK IN A BIG WAY

Flyers coach John Tortorella explained the situation after the game.

Ivan Provorov, left, and Joel Farabee of the Philadelphia Flyers skate during warmups before their game against the Toronto Maple Leafs at the Wells Fargo Center in Philadelphia on November 10, 2021.
(Len Redkoles/NHLI via Getty Images)

«I just think it’s unfair. I know you’re probably going to talk to Provy,» he said. «I’m not going to spend a lot of time on that. I think it was a great night and I’m not going to go too deep into the conversation.»

The Flyers did not mention Provorov’s beliefs in their statement.

«The Philadelphia Flyers organization is committed to inclusion and is proud to support the LGBTQ+ community,» the team said. «Many of our players are active in supporting local LGBTQ+ organizations, and we are proud to host Gay Pride Night again this year. The Flyers will continue to be strong advocates for LGBTQ+ community and inclusion.»

Ivan Provorov of the Philadelphia Flyers, wearing a camouflage jersey in honor of Military Appreciation Night, warms up before a game against the Minnesota Wild at the Wells Fargo Center in Philadelphia on November 11, 2017.
(Len Redkoles/NHLI via Getty Images)

Tampa Bay Rays players came under fire in June for refusing to wear the «Pride Night» logo. Five players cited religious beliefs as to why they chose to remove the logos, and Rays manager Kevin Cash said the organization supported every player’s right to wear or not wear the logos.