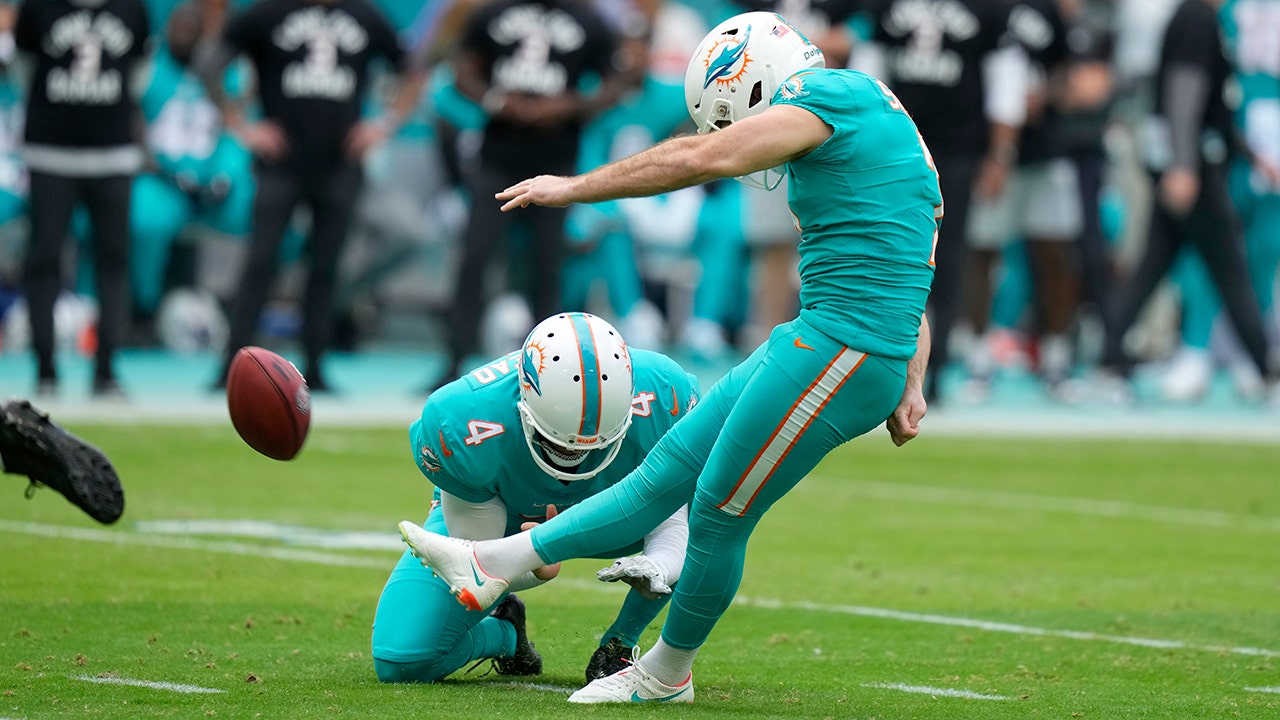 The Miami Dolphins clinched a playoff spot thanks to a Jason Sanders 50-yard field goal that put them up against the New York Jets and a New England Patriots loss to the Buffalo Bills.

The Dolphins skated past the Jets with an 11-6 victory to finish the season 9-8. The team needed the Patriots to lose to the Bills and New England did exactly that. Both scenarios helped Miami secure a playoff spot for the first time since the 2016 season.

Miami had the odds stacked against them, as Tua Tagovailoa was out with a concussion and rookie Skylar Thompson had to lead the team to victory.

Thompson led the team on an 11-play, 36-yard drive. He had a 2-yard pass to Jaylen Waddle that resulted in a 15-yard horseneck tackle penalty to Jets defensive lineman Quinnen Williams. Waddle was hurt on the play and was out of the game.

Miami Dolphins quarterback Skylar Thompson (19) aims for a pass during the first half of an NFL football game against the New York Jets, Sunday, Jan. 8, 2023, in Miami Gardens, Fla. .
(AP Photo/Lynne Sladky)

Salvon Ahmed had a 7-yard run that helped Sanders get into position for the go-ahead field goal. The kick put Miami up 9-6. The Dolphins were awarded two points in the Jets’ final scramble of that game which resulted in a safety.

Joe Flacco started the game for New York when Mike White was sidelined with an injury. Zach Wilson was the backup behind the veteran quarterback.

Flacco was 18-for-33 with 149 passing yards. Garrett Wilson led the team with nine receptions for 89 yards.

Miami will be the No. 7 seed when the playoffs begin.