Dibu Martínez is not the best goalkeeper in the world: controversy over IFFHS ranking – International Soccer – Sports 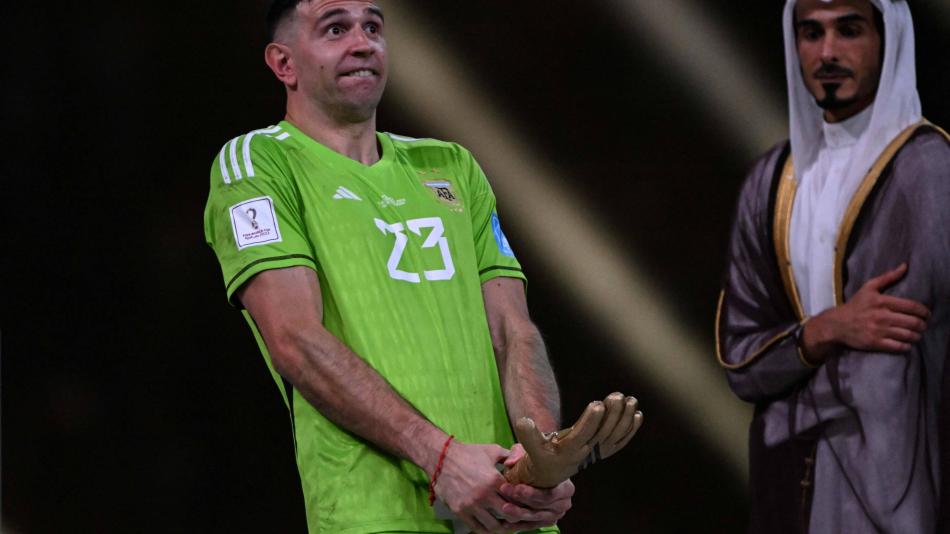 ‘Dibu’ Martínez tells why they faked the obscene gestureDibu’ Martínez was the protagonist in the definition by penalties of the Argentine title, this time in a World Cup final, against France. But once he received the trophy, Martínez brought it up to his English, in a particular celebration, which he has already done on occasions.

In Argentina, the assessment of the IFFHS did not go down well. The controversial goalkeeper has not spoken.

It was not enough for him to be consecrated with the Argentine team in the last World Cup: Emiliano ‘Dibu’ Martínez was chosen as the second best goalkeeper of 2022 by the IFFHS (International Federation of Football History and Statistics) behind the Belgian Thibaut Courtois.

The goalkeeper of the Belgium team -eliminated in the first round of the World Cup- and Real Madrid -champion of the last Champions League- was the winner as the Best Goalkeeper of 2022 with 125 points and in second place was the man from Mar del Plata, with 110 units.

(You can read: Dibu Martínez: they reveal how he intimidated the Frenchman who was stopped by ‘title goal’).

Dibu Martínez was chosen by Fifa as the best goalkeeper in the World Cup.

The most outstanding achievement of ‘Dibu’ was obtaining the Qatar 2022 World Cup where they played all the games with decisive interruptions.

In the round of 16 match against Australia, he avoided a tie on the last play and in the final match against France he blocked Kolo Muani’s shot on the hour, which would have meant a defeat in extra time.

In addition, he played a decisive role in the penalty shootout against the Netherlands, in the quarterfinals, and against the French team, against which he highlighted a superlative performance that earned him recognition as Best Goalkeeper of the World Cup awarded by Fifa.
​
His brilliant performance in the World Cup was added to his solid performance at Aston Villa, where he was voted by the fans as the Best Player of 2021. However, all these conquests were not enough to be chosen as the best goalkeeper of 2022 and Thibout Courtois he was left with the award for obtaining the title with Real Madrid in the Champions League where he had an outstanding performance.

Third place went to Yassine Bounou, the Moroccan and Sevilla goalkeeper, who played a leading role in his country’s historic fourth place in the World Cup in Qatar.

Messi, the best for the IFFHS

The man moved on his knees for several blocks.

While, Lionel Messi was awarded as the Best Player in the World 2022 by IFFHS, given that He totaled 275 points and behind him were Kylian Mbappe with 35 points, who was the top scorer at the World Cup in Qatar, and Karim Benzema with 30 points. The Frenchman had a defining role for Real Madrid in the Champions League, where he was one of the great protagonists and his decisive performance so that the merengue team obtained «la Orejona».

But the voting criteria that allowed Courtois to be chosen as the best of the year was not the same with Benzema and winning the Champions League was not achieved.

THE NATION, OF ARGENTINA.
OF THE AMERICAN NEWSPAPERS GROUP
(GDA)