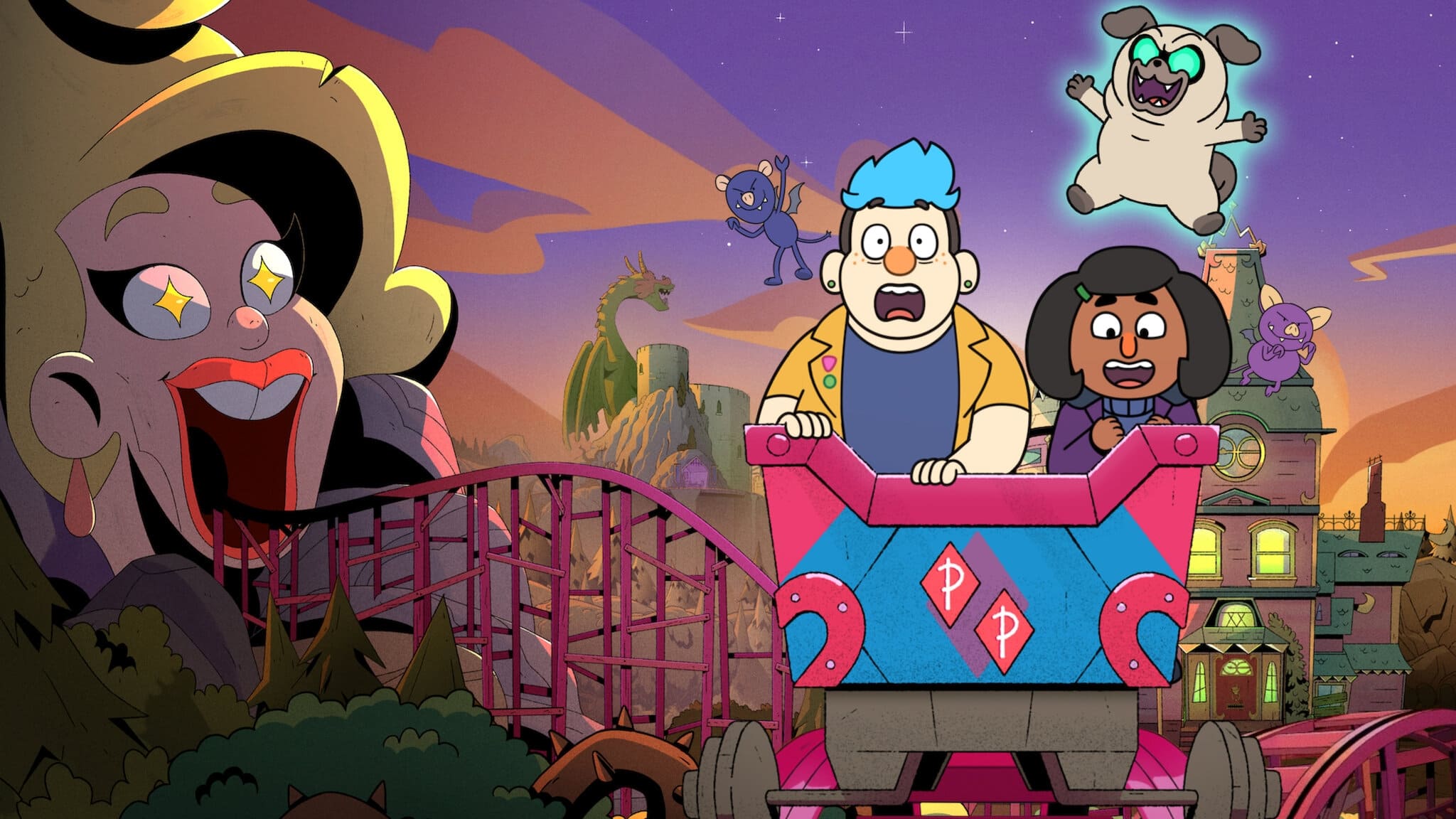 Hamish Steele, the author and creator of the Netflix animated children’s series Dead End: Paranormal Parkhas announced that the series has ended after two seasons.

Originally called deadendiaNetflix ordered all 20 episodes of Dead End: Paranormal Park in 2020 with Season 1 releasing on June 16, 2022, and the second and what will now be the final batch of episodes on October 13, 2022.

The series, based on a comic book series, was about two teenagers and a talking pug who team up to fight demons in a haunted theme park while saving the world from a supernatural apocalypse.

The series was praised for its portrayal of LGBTQ characters and held a 100% Rotten Tomatoes Score. the show too led to an open letter from five Republican senators to the TV Parental Guidelines Monitoring Board on «disruptive» LGBTQ+ content.

Altogether the show spent ten days in the top 10 for US kids. but failed to make the overall TV top 10.

On January 13, 2023, Hamish Steele announced the cancellation of the show to his followers on Twitter with a statement that read as follows:

I’ve been holding on to this news for a while now, hoping that we can reverse it, change it, do something good with it. But sadly, I don’t think that’s possible right now.

It is with a heavy heart that I tell you that Dead End is over.

Obviously, we never wanted this to be the case. We actually did a writers room for Season 3. We have scripts, layouts, and schematics ready to go. It was always the plan to give these characters the proper ending they deserve. But sadly, the powers that be don’t want more.

Honestly, we’ve been lucky to get through everything that’s happened in the past few years. And I want to emphasize my thanks to Netflix for commissioning the show and for giving us the freedom to tell this story. We made history together and I couldn’t be more proud of those twenty episodes and every member of our team.

I want to say a huge thank you to the fans. Your art, cosplay, fic, reactions, TikToks and every interaction with me has been a delight. I could never have dreamed of a warmer response.

I have been so anxious to publish this news thinking a lot about you. I hope you are well.

So… a sad day. But I think we’ll end this story someday, somehow. For now, I’m working hard on the third and last DeadEndia book that I hope will serve as a closure. Our plan for season 3 was largely based on it. And I continue to put out shows with the same heart as Dead End.

But until then, I hope Barney, Norma, Pugsley, Courtney
and the entire Phoenix Parks team will continue to provide
you comfort in times of darkness.

The full thread of the Tweet can be seen below:

(full text in the thread) pic.twitter.com/XdXrf6uUmI

Hamish concluded his Twitter thread by saying that the best way to support the future of the franchise is to buy DeadEndia: The Broken Halo.

This comes just a few days after the creator of Netflix internal work announced that a the decision to renew the series had been reversed and it is the fourth major cancellation of 2023.

It also comes during a two-year period in which several high-profile children’s animation projects on Netflix were canceled early or even before they saw the light of day.

You want Dead End: Paranormal Park Was it renewed for a third season on Netflix? Let us know in the comments below.