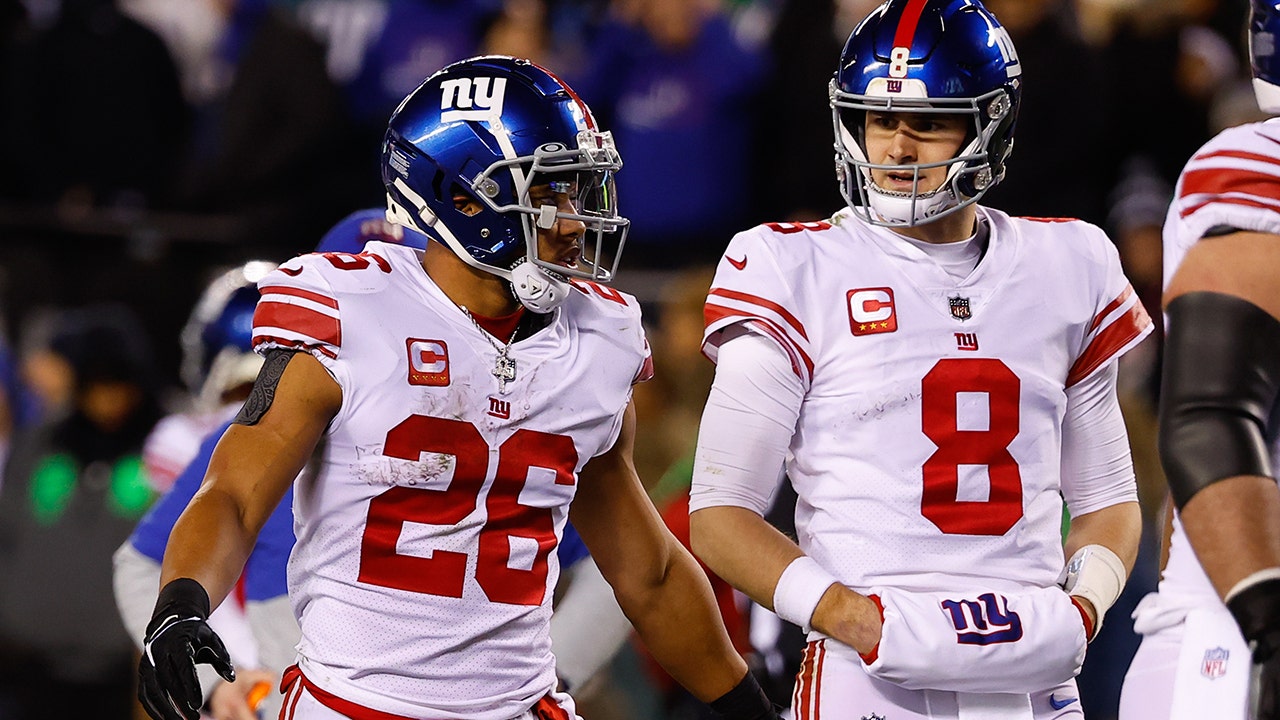 The New York Giants will have to make decisions about quarterback Daniel Jones and running back Saquon Barkley, among other players on the team, before the offseason.

Jones and Barkley were asked about their futures with the team after the 38-7 loss to the Philadelphia Eagles on Saturday night. Both players could become unrestricted free agents unless the Giants franchise tag one of them.

New York selected Jones with the No. 6 overall pick in the 2019 draft. He took the starting job from Eli Manning. He played 16 of the team’s 17 games, the most games he has played in a single season during his career. He had 3,205 passing yards with 15 touchdown passes, as well as 708 rushing yards with seven rushing touchdowns. It was the best season statistically of his career.

Jones had his fifth-year option declined before the start of the season.

«Like I said, we’ll cross that bridge when we get there. I really enjoyed playing here,» Jones told reporters after the game, via ESPN. «I appreciate all those guys in the locker room. It’s a special group of guys and I really enjoyed being a part of it.»

«We’ll find out where that goes, but I have nothing but love and respect for this organization and the group of guys in the locker room.»

Barkley was in the final year of his rookie contract. The team picked him for the 2022 season in 2021. He earned the second Pro Bowl selection of his career in 2022. He rushed for 1,312 yards and 10 touchdowns in 16 games. It was the most games he has played since his rookie season.

«I can’t imagine that being my last time in a Giants uniform,» Barkley said, via NFL Network.

Offensive coordinator Mike Kafka is being interviewed for head coaching jobs, while Sterling Shepard, Richie James and Darius Slayton could join Jones and Barkley on the free agent market.