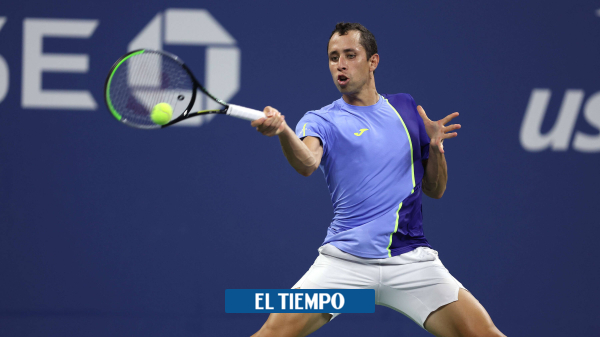 Daniel Galán hoped to beat his body, but he did not succeed. The bumangués tennis player was eliminated during his debut at the Australian Open when he fell against the Frenchman Jeremy Chardy.

His performance was tarnished due to an abdominal problem, which had already forced him to withdraw from the ATP 250 event in Adelaide.

The tennis player from Bumangués had an impeccable first set and defeated Chardy 6-1.

Then, in the second round, the Frenchman began to gain confidence, while Galán showed physical discomfort. Chardy won 7-5.

In the third set, despite his eagerness to stabilize on his feet, Galán ended up falling 1-6.
The game was stopped twice due to high temperatures.

For three hours the meeting was suspended; the thermometer marked more than 36 °C, which forced the tennis players to take shelter from the strong sun. Despite the pause, upon his return Galán did not go back: he lost the third and fourth sets, 6-1 and 6-4, respectively.

Expectation for what is coming, because you have to see the scope of the abdominal problems.

The Bucaramanga tennis player is still chasing his first victory at the Australian Open, after reaching the third rounds at Roland Garros, Wimbledon and the US Open.

On the contrary, Jeremy Chardy with the victory marked a good return to tennis after moving away from singles matches in 2020.

In the women’s draw, Colombia still has the young Camila Osorio, who got rid of the Hungarian Panna Udvardy on Monday (6-4, 6-1) and will face the world number 1, the Polish Iga Swiatek, in the second round.

*With information from AFP