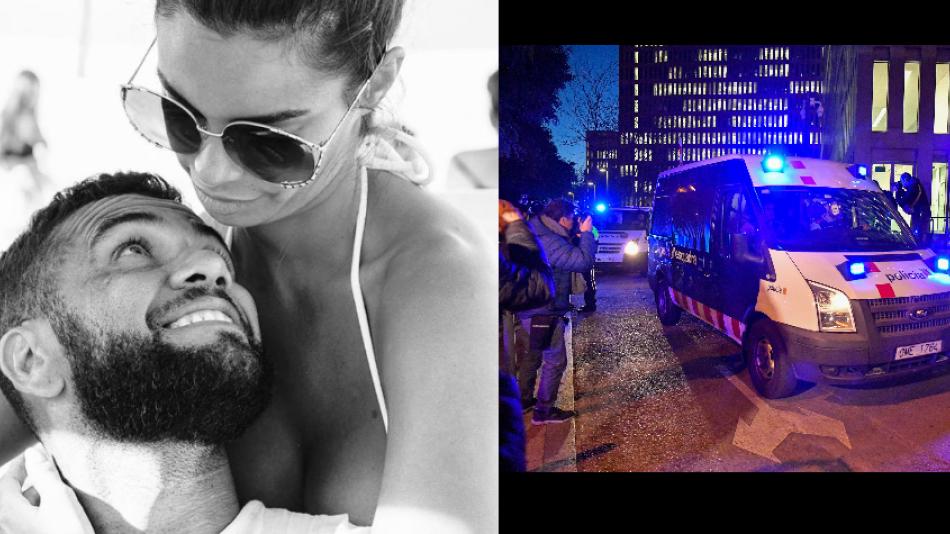 Daniel Alves He was sent to prison this Friday, after being accused by a woman of having sexually assaulted her in a nightclub in Barcelona last December.

«The magistrate has agreed to the communicated provisional prison and without bail for an open cause for the crime of sexual assault,» excluded in a statement from the Superior Court of Justice of Catalonia (northeast).

In this way, the judge in his case endorsed the request of the prosecution, which hours before had requested that the former Barça player, who aligned with Brazil in the World Cup in Qatar, be sent to prison awaiting trial.

Now, after this situation, The Brazilian’s wife, the Spanish model Joana Sanz, broke her silence on social networks.

(The latest: Dani Alves does not sit still: unexpected reaction after being sent to jail).

‘I have lost my only two pillars’

Hours before the soccer player Dani Alves was sent to prison, his wife, the model Joana Sanz, posted a message on social networks. «Together …» (Together, in English) is what Sanz wrote next to a photo in which her hand and her husband’s hand are seen, intertwined.

(In detail: Dani Alves: hard message from his wife before going to prison for sexual assault).

His partner had already spoken with ‘Antena 3’ about the complaint that began to be made public the first week of January: “I know who my husband is, I know how I met him; I know how respectful he is because not even when he was getting to know me did he disrespect me. I have seen many times how women approach the booth, daring, to try something with my husband in my face. If they do it in my presence, I don’t want to imagine when I’m not there”.

And now, this Friday, after being sent to preventive detention, Sanz reappeared on social networks with another message. This time, denouncing violations of his privacy and expressing his pain.

«I please ask the media outside my house to respect my privacy at this time. My mother has disappeared a week ago, as soon as he began to assume that she is no longer around to torment me with the situation of my husband. I have lost the only two pillars of my lifethey will have a little empathy instead of looking for so much news in the pain of others» (sic), Sanz pointed out in his Instagram stories, accompanying a photo of the moon, in Barcelona.

It was at Barça, between 2008 and 2016, when the right-back suffered his most glorious stage, accompanied by names like Lionel Messi, Xavi and Iniesta, winning 23 titles, including three Champions Leagues, six Spanish Leagues and four Copas del Rey. .

In Qatar, he became the oldest Brazilian footballer to line up for a World Cup.
Alves began his career with Esporte Clube Bahía in his country, and in 2002 he signed for Sevilla FC, where he spent six years before joining Barça. Then would come Juventus in Turin, the French PSG, where he met his compatriot Neymar, and a return to his country in 2019, before returning to Barça for six months in the 2021-2022 season.