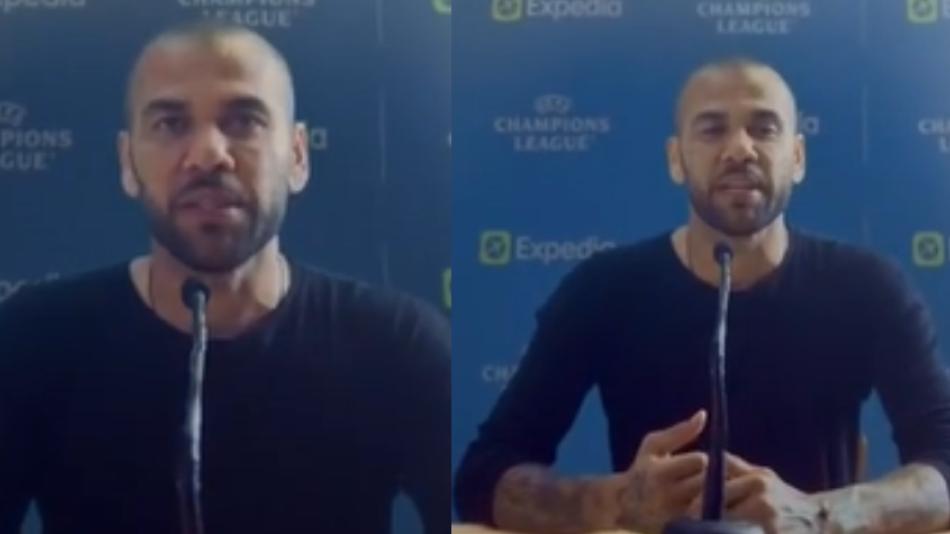 Daniel Alves He was transferred from prison on Monday morning. The Brazilian player, who entered preventive jail on Friday for a strong complaint of sexual abuse, left the Brians 1 center and went to the adjacent Brians 2, in Barcelona, ​​​​for security reasons, according to press reports. Spanish.

Although prison officials deny that Alves has been treated differently with the move, some researchers and reporters point out that there is no doubt that his stay would be calmer in the new place.

(Do not stop reading: Dani Alves: unpublished videos from a nightclub commit him for possible sexual abuse).

«The decision can be interpreted as a favorable treatmentsince the Brians 2 prison has individual cells with showers», the news program ‘Ya es mediodía’, on the ‘Telecinco’ channel, presented in its last broadcast.

The Catalan newspaper ‘La Vanguardia’ points out that the measure could help Alves to have more privacy, since «the administration covers itself from any possible future complaint in the event that another prisoner manages to photograph the soccer player or make public information about his day by day inside the prison».

Press versions speak of Alves giving testimony, again, during this Monday. However, this information has not yet been fully confirmed.

Since he was arrested on Friday in Barcelona for wanting him to have a good chance of leaving the country, the most winning man in football history (44 titles) has been exposed due to the contradictions that have increased during his outbreaks before the courts and the media.

After filing the complaint against him on January 2, Alves stated in a chat with ‘Antena 3’, from Spain, that he had «never» seen the complainant. Then, according to ‘TV3’, from Catalonia, Alves assured the judge in his case that the young woman «pounced» on him in the bathroom of the ‘Sutton’ nightclub, and that her coincidence in the place was scarce. seconds. However, as revealed by the Catalan newspaper ‘El Periódico’, Alves changed his version in his last testimony in court and admitted to having had sexual relations with the complainant. However, he stated that they were «consensus» and that there was no abuse.

The woman who accuses Dani Alves of rape assures that the player locked her in the bathroom. The player then sat on the toilet and forced her to have sex with him. The athlete would also have thrown her to the ground and forced her to perform oral sex on him. The woman would have tried to resist and for that reason she would have been allegedly attacked. Later, Dani Alves would have penetrated her by force before they both left the cabin, according to the complaint.