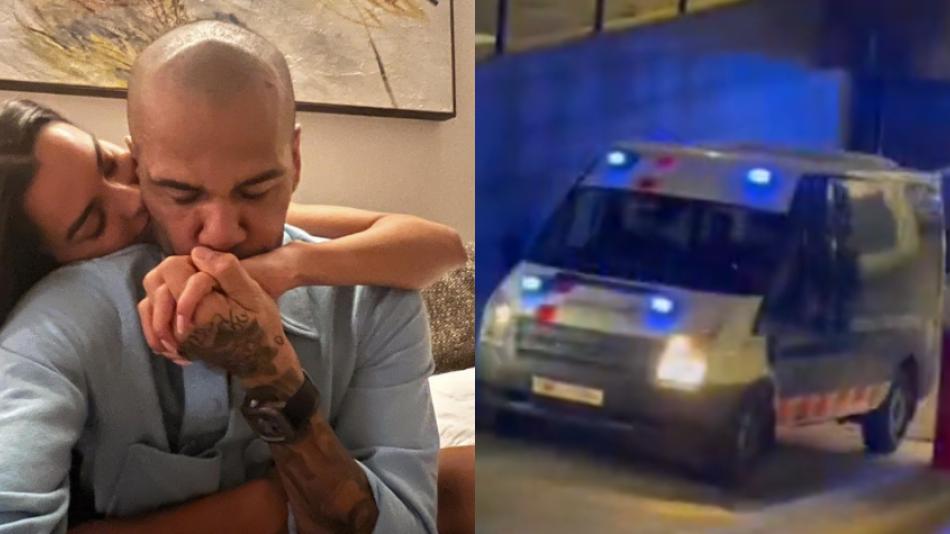 the brazilian soccer player Daniel Alves He is the victim of his own words in the investigation to which he is subjected for allegedly having sexually abused a woman, in the bathroom of a nightclub, on December 30, in Spain.

Since he was arrested on Friday in Barcelona for wanting him to have a good chance of leaving the country, the most winning man in football history (44 titles) has been exposed due to the contradictions that have increased during his outbreaks before the courts and the media.

(Do not stop reading: Dani Alves, ‘sunk and without eating’: this is how the most winning footballer is in prison).

The contradictions of Alves

After filing the complaint against him on January 2, Alves stated in a chat with ‘Antena 3’, from Spain, that he had «never» seen the complainant. Then, according to ‘TV3’, from Catalonia, Alves assured the judge in his case that the young woman «pounced» on him in the bathroom of the ‘Sutton’ nightclub, and that her coincidence in the place was scarce. seconds. However, as revealed by the Catalan newspaper El Periódico, Alves changed his version in his last testimony in court and admitted to having had sexual relations with the complainant. However, he stated that they were «agreed upon» and that there was no abuse.

In the latest report from ‘El Periódico’ it is also said that the «meeting» that Alves would have measured in seconds would have really been fifteen minutes, according to the cameras of the place.

In the recordings, which have been analyzed by the witnesses – among whom would be the complainant’s friends and the waiter who served the group on that occasion – there would be no coincidences «or with the version that he sent to television to say that the young woman lied and that he had met her by chance in the bathroom of the facts, nor the one that he maintained in the Investigating Court and that does not respond to the sequence of events captured by the cameras either, «says the medium in question.

Likewise, according to the Brazilian reporter Marcelo Bechler, from TNT Sports, who quotes without identifying a source close to Alves, the winger «initially lied because he is married and tried to hide an infidelity.» In fact, according to Bechler, «the source experienced Joana Sanz (his wife) as the ‘ex-wife’ of Daniel Alves.» Reason for which other means assure that he ended his relationship with the Spanish model.

The woman who accuses Dani Alves of rape assures that the player locked her in the bathroom. The player then sat on the toilet and forced her to have sex with him. The athlete would also have thrown her to the ground and forced her to perform oral sex on him. The woman would have tried to resist and for that reason she would have been allegedly attacked. Later, Dani Alves would have penetrated her by force before they both left the cabin, according to the complaint.

This was what Dani Alves said a few days ago, about the accusation of a woman for sexual assault who has him in prison today pic.twitter.com/FMNLKw2Toa

His agents want him free now

According to the Brazilian newspaper O Globo, today it is expected that Alves’ lawyer in Spain will meet with the player’s agents, FranSergio Ferreira and Dinorah Santana, to present a habeas corpus that allows Alves to remain free while the trial progresses. Santana, who is also Alves’ ex-wife, defends her innocence. “It seems to me that she is a nightmare and that it is not happening,” she declares.