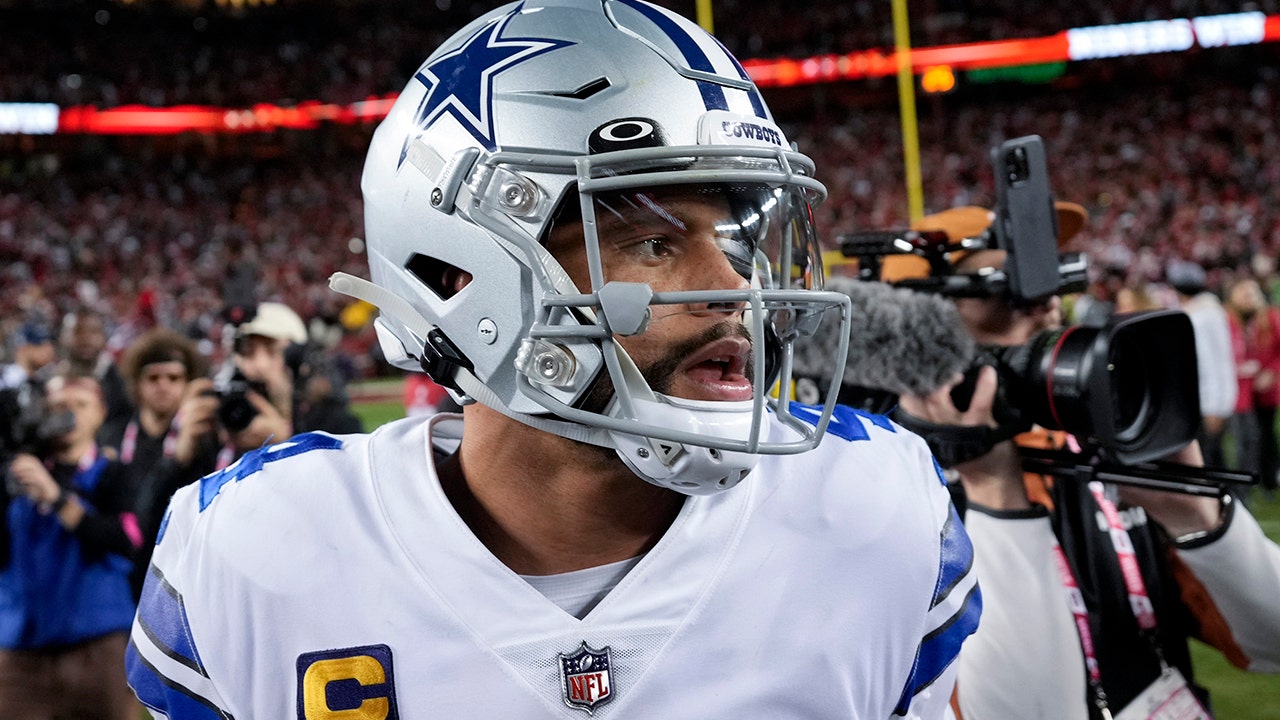 Dallas Cowboys quarterback Dak Prescott blamed his shoulders for a 19-12 loss to the San Francisco 49ers on Sunday night to knock them out of the playoffs.

«In the first one, I got hooked too many times with [Michael Gallup]»Prescott told reporters, via the team’s website. «Hooking three times, understandably, I thought he was going to run, but the guy just got back on the ball and made a play. I have to throw that one away or use my feet and get out of the pocket. In the second, nickel. [cornerback] I squeezed, and I tried to throw it at CeeDee [Lamb]; but [defender] he was able to make a play on it. She tipped him up in the air and toward him. [middle linebacker].»

Prescott said he understood that those kinds of turnovers can’t happen in the playoffs.

«Those are pitches you can’t have, not in the playoffs,» Prescott said. «Not when you play against a team like that [and] on the road. There are no excuses for it. Those are 100% mine.»

The Cowboys’ lack of execution ended up costing them the game.

Brett Maher missed an extra point attempt after Prescott’s touchdown run to Schultz. But he was able to help keep the Cowboys in the game with two second-half field goals, including a 43-yarder that cut the 49ers’ lead to four points.

After a tally of five touchdowns against the Tampa Bay Buccaneers, putting up a lackluster performance on offense was disappointing for Prescott.

«It hurts,» he added. «Very disappointed that we couldn’t get away with this one. Disappointed with my game and the guys in the locker room… he’s unfortunate.