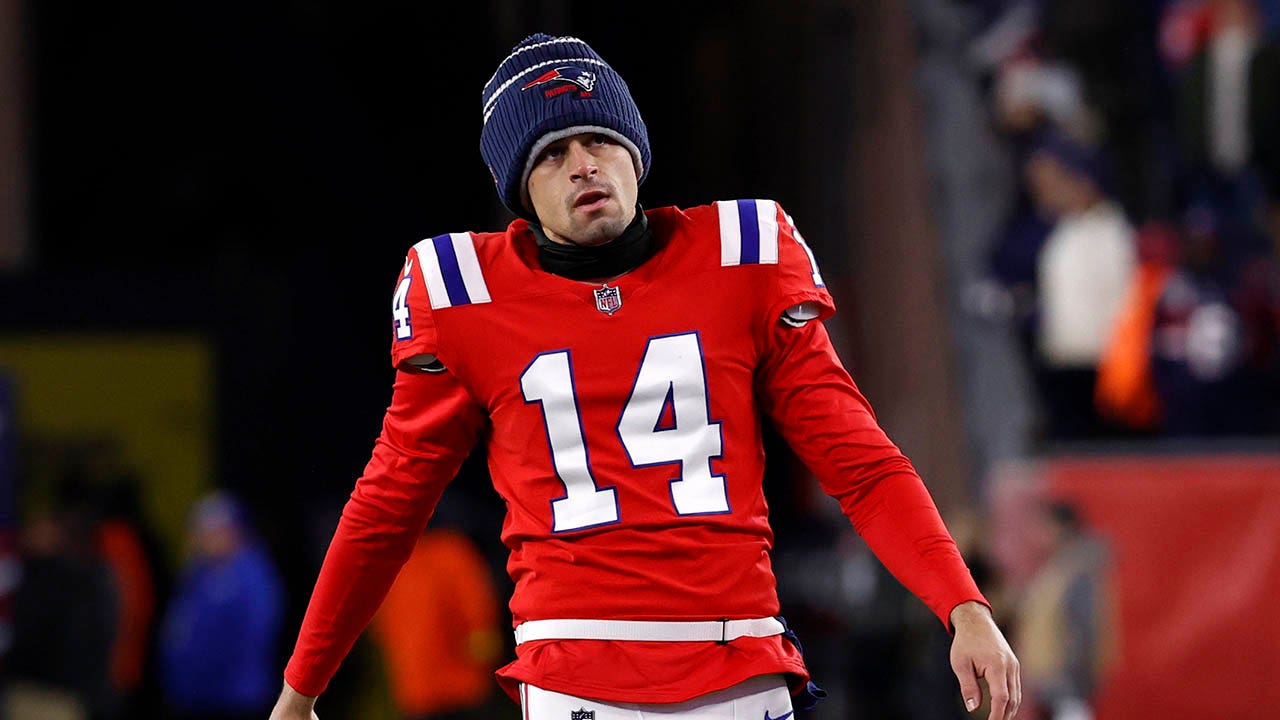 Fortunately for them, it didn’t matter in a 31-14 win over the Tampa Bay Buccaneers. But Dallas is playing it safe heading into the NFC Divisional Round against the San Francisco 49ers.

New England Patriots kicker Tristan Vizcaino (14) warms up before a game against the Buffalo Bills on December 1, 2022 at Gillette Stadium in Foxborough, Massachusetts.
(Fred Kfoury III/Icon Sportswire via Getty Images)

The Cowboys plan to keep Maher. But, as an insurance policy, they signed Tristan Vizcaino to their practice squad on Wednesday, the team announced.

Maher became the first kicker to miss at least three extra points in a playoff game after converting 95% of them in his career.

Brett Maher (19) of the Dallas Cowboys misses an extra point during the first quarter of a wild card game against the Tampa Bay Buccaneers at Raymond James Stadium on January 16, 2023 in Tampa, Florida.
(Kevin Sabitus/Getty Images)

This will be Vizcaíno’s second stint with the Cowboys. He signed with them in 2020. He also made one appearance for the Niners that season and played in six games for the Los Angeles Chargers.

Brett Maher of the Dallas Cowboys reacts after missing an extra point against the Tampa Bay Buccaneers during the third quarter in an NFC Wild Card Playoff game at Raymond James Stadium on January 16, 2023 in Tampa, Florida.
(Julio Aguilar/Getty Images)

This season, he played one game with the Arizona Cardinals and two with the New England Patriots.